The next iPod Nano - Apple's small, square music player line - will get a rear-facing video camera, it seems.

Well, a shot of a small, square Apple-branded gadget posted on a Taiwanese blog clearly shows a hole in the top left corner of the device, though the aperture is hexagonal rather than circular. 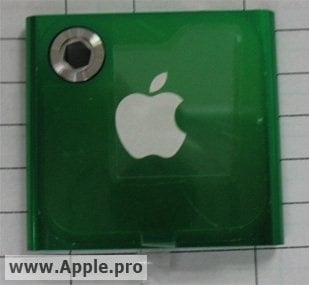 Possibly that's where it's mounted during the colouring process, before the internals are added.

If the snap's accurate, the next Nano - expected late August/early September, the period Apple always uses to unveil new iPods, and this year maybe the next iPhone and/or iPad too - will have a camera, said to be a 1.3Mp job.

As a consequence, the current model's belt clip seems likely to go - it would get in the way. ®