Review Hightailing it across the vast, open countryside in the middle of the night. Fighting a desperate rearguard action against an indomitable force. Squinting through the claustrophobic green murk of nightvision for enemies hidden among trees and rocky outcrops. 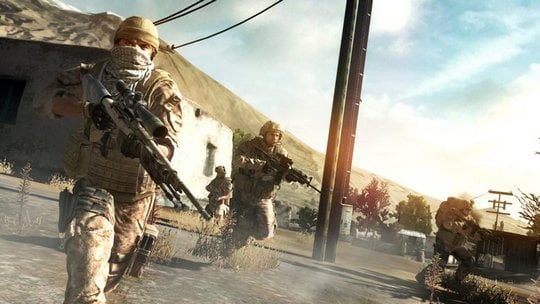 Fearing the lethality of their bullets and the scarcity of your own. Faced with constant dilemmas to engage or retreat, to scour for ammo or make do with dwindling supplies, to turn back and heal a fallen comrade or push on and safeguard the rest of your squad.

Moments like these separate the Operation Flashpoint series from the Rambo bravado of Call of Duty and Battlefield. You're not a one-man killing machine cutting a swathe through the enemy here; you're just a squad leader trying to swing the tide of battle and avoid flying home in the cargo hold draped in the Stars and Stripes.

The sequel to 2009's Dragon Rising, Operation Flashpoint 2: Red River moves the near-future fiction onto the arid planes and snow-capped mountains of Tajikistan, where an Islamist insurgency serves as the pretext for another flashpoint between US Marines and China's People's Liberation Army. 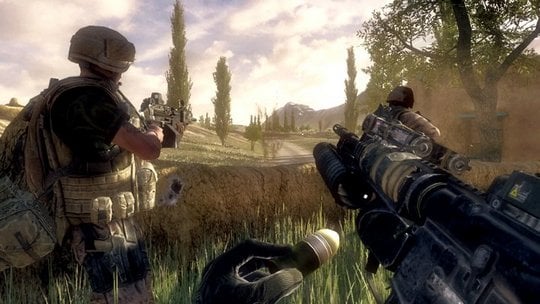 Told through ribaldry and the constant, profane musings of Sergeant Damien Knox – voiced by Al Mathews (Apone from Aliens) – Red River's narrative might offend some with its liberal jingoism, misogyny and racism, but it's probably tame compared to the reality of jarheads in combat.