Notwithstanding its puerile narrative, Red River presents a more cerebral approximation of conflict than most other games. The campaign's ten hour-long missions are broken up into enclosed engagements, interposed with hikes across huge terrains and lengthy transports in troop helicopters and open-top Humvees. 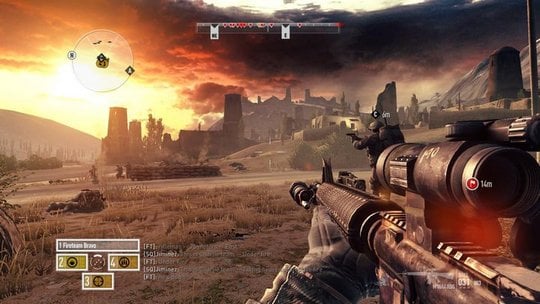 Firefights often take place at considerable range, but are nonetheless deadly. Just a few bullets can kill, and you can bleed out from minor wounds if left untreated. But while single bullets can kill enemies, it takes many more to find your mark, with red-dot sights and magnified scopes offering a more authentic guide to bullet trajectories than the lethal cursors of the blockbuster FPSs. 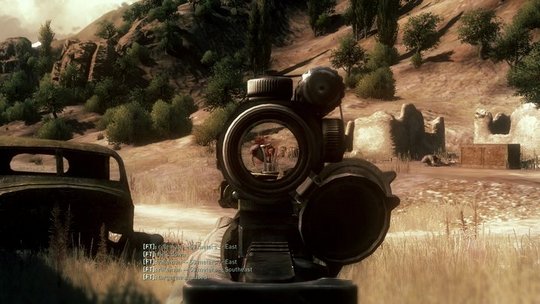 Once again, gameplay is divided between standard FPS gunplay and tactical command of your four-man fireteam, which consists of a Rifleman, Scout, Grenadier, and the LMG-toting Automatic Rifleman. Your squad isn't just there to make up the numbers, though. 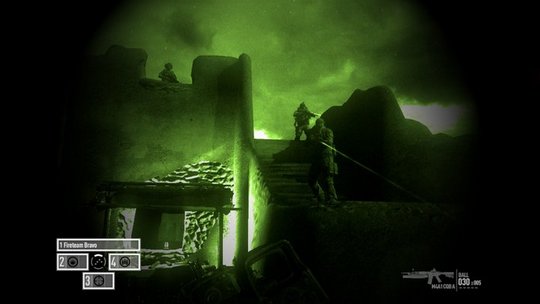 Red River's AI might be erratic at times, with enemies occasionally facing the wrong way or standing motionless in the middle of a road, but you'll need precise co-ordination of your squad to combat an enemy that generally uses cover and flanking well, and often ambushes you from the most unexpected places.