Instructions are issued through an intuitive context-sensitive radial menu, where, among other commands, you can order offensive and defensive manœuvres, radio for air support, and even call for a medic when injured. While the system works well to prompt specific actions, your fireteam's AI proves less convincing. Squad members fail to fulfil their individual specialisations – the Scout's dire sniping accuracy the most apparent failing. 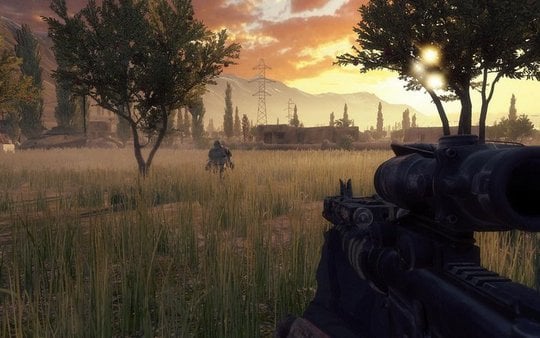 Discipline too, is a constant problem, with your fireteam often crouching the wrong side of cover, or stepping across your firing line. Worse still, healing constantly restless squad members, at best, leads to comical chases around cover and, at worst, to suicidal pursuits across open ground.

While a single-player play-through proves enjoyable despite the technical flaws, Red River's campaign is transformed by four-player on-line co-op. The increased discipline and accuracy of human squad mates brings out the best of the tactical mechanics. It makes completion of the game's Hardcore mode a distinct possibility, despite a complete lack of checkpoints or visual cues, such as the compass and ammo cache locations.

Keeping the focus clearly on teamwork, Red River has no competitive modes. Instead, Fireteam Engagements offers a collection of four co-op combat scenarios with highscoring and global leaderboards. Essentially campaign vignettes, they concentrate on specific gameplay elements, the best of which appear in the Last Stand and Csar scenarios. 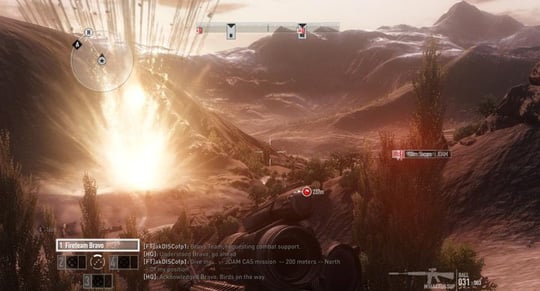 In Last Stand you defend a fortified position against multiple waves of enemies, with the novel twist that you can bug out at any time and safeguard your score by calling in an evac helicopter. Whereas in Csar, you're tasked with a Black Hawk Down-style rescue mission to locate and extract a downed helicopter crew from deep behind enemy lines.

Next page: Mapped out
Page: