Plague of US preachers falsely claim to be Navy SEALs

Yet another curious effect of the modern internet media world became apparent this week: the syndrome – particularly common among American clergymen – of falsely claiming to be a former US Navy SEAL has risen to prominence, as the risk of being exposed as such a liar has risen severely. 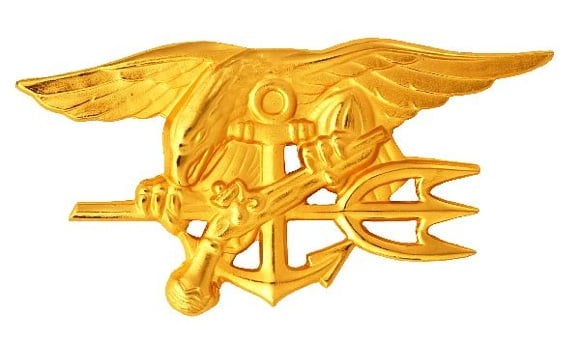 The badge of the now even-more-famous frogman commandos. Preacher Moats apparently bought one in a militaria shop, and wore it on various occasions.

We refer specifically to the case of Pennsylvania preacher Jim Moats, recently humiliated after embellishing his 1970s naval service with a fictional stint in the already famous SEALs - who have now catapulted to global celebrity status following the killing of Osama bin Laden.

The phenomenon of falsely claiming to be a SEAL (or other special or elite-force member) is a common one, of course. Apparently the SEALs are unusual in this as in other ways: it seems that American clergymen are particularly prone to claiming that they have won the right to wear the famous "Budweiser badge" of the US Navy's elite when in fact they haven't.

"We deal with these guys all the time, especially the clergy. It's amazing how many of the clergy are involved in those lies to build that flock up," said retired SEAL Don Shipley, who is apparently genuine. Shipley spends a fair bit of time outing fake SEALs, which is apparently reasonably easy as there aren't that many real ones: no more than 10,000, seemingly, even given the amount of turnover that the SEAL teams have undergone since their founding.

Other common professions who tend to falsely and publicly claim they were once SEALs are politicians and sheriffs, according to Shipley. Sheriffs are typically elected in the USA, and so need popular support. These and clergymen are the kind of people he tends to out, rather than the more common type of commando-impersonator who is simply trying to impress a girl in a bar.

“The pastor never thought anyone outside of his small community would see [his false claims],” Shipley said. “He doesn’t understand how the Internet works.”

In America is actually a crime to misrepresent or exaggerate one's military service record. The Stolen Valor Act was signed into force by the former president, George W Bush, well known for previously being photographed on the deck of a US Navy aircraft carrier clad in full naval aviator's equipment (though in fact he had served only as a comparatively lowly National Guard pilot in Texas at the time of Vietnam, never as an elite carrier aviator in combat like his father.) The Stolen Valor Act has subsequently been ruled unconstitutional by US judges. 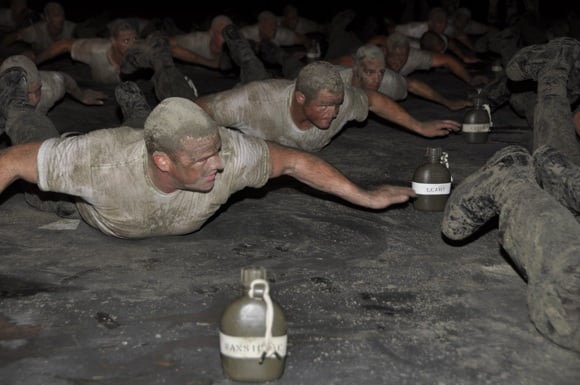 It's a lot more expensive getting one given you by the government.