Would putting all the climate scientists in a room solve global warming...

Entourages are not something that delegates bring to a conference. Especially if the delegate is a humble public sector scientist. But the private invitation-only event I attended at Downing College Cambridge this week was no ordinary conference. It was an attempt to bring together leading climate scientists and IPCC figures with their critics.

Who, then, had an entourage? Lord Lawson, a splendidly imperial figure, and former Chancellor of the Exchequer, may be expected to bring one, But Lawson had none. University of East Anglia luminaries Phil Jones and Andrew Watson did, however: consiglieres perhaps, taking notes, whispering sotto voce, and fetching the teas and ice cream. They were accompanied by others attached to the Climatic Research unit (CRU) and the Met, whose purpose was not known. It was a beautiful May day. It can't have been for safety, nobody mentioned Climategate all day. The entourages boosted the attendance figures substantially.

I suppose the future will look like this: public sector climate academics will arrive at conferences flanked by moped outriders (these will be zero carbon emission electric vehicles) pulling one of those new mini-Cafe Neros that look like a garden shed behind them, for refreshments. (This will be serving Fairtrade™ coffee).

The Downing event was assembled by Alan Howard, an academic rich enough to have a foundation in his name – and it was the first time many climate scientists have ever attended an event with their critics. "Science is not a religion," said Howard, "it must be criticised". Henrik Svensmark, who offered the most compelling alternative to the IPCC orthodoxy, was among those who gave a presentation. The audience was evenly split, and the IPCC orthodox view took up perhaps two thirds of the day.

On the science, there was little disagreement over the basics, such as the physical properties of CO2, but the degree to which it drives the larger climate was greatly disputed, because the larger system remains a mystery. Even the basics of how different clouds affect temperature is guesswork: water vapour feedback may have a slight negative cooling feedback, or it may have a large positive warming feedback. These must be guessed at, or imagined, through models.

A couple of anecdotes I thought typified the fundamental disagreement.

Dr Eric Wolff of the British Antarctic Survey was given the job of summing up the room's view after seven scientific presentations. He attempted to do this with a succession of statements to see how far the consensus could stretch. He inched the audience along with statements they might agree with ("CO2 levels are higher than they have been historically", and "Humans have contributed to CO2 increases") and then catapulted them across a chasm of logic ("So we're all agreed things will get warmer? Yes? Good! Send more money". He didn't actually say "Send more money" – I made that up.)

Yet not everything in the skeptic camp smelt of roses. Nils-Axel Morner had gone around the world and found sea levels haven't risen much, if at all, in places often cited to be most vulnerable, such as Tuvalu. Yet the instrumentation record says something different. I would very much like to know which of these is right, or if they are both wrong, or how they could both be right. The Maldives, Tuvalu and other islands have opportunistically jumped on the compensation bandwagon, and for sure they don't seem to be sinking beneath the waves. Then again, nobody has challenged the buoys data.

Morner also has a graph he likes to use tilted through 45 degrees so the upward trend line is horizontal. This sort of trick doesn't belong at a scientific event. 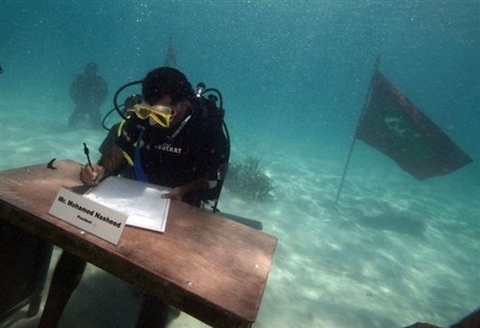 Another example was sparring over the significance of trend data. IPCC academics repeatedly told the critics that one decade's isn't significant; the critics had pointed to a lack of dramatic warming in recent years – even CRU's Jones now admits this isn't statistically significant. But twice, the Met Office's chief scientist used just a decade's data to invalidate someone else's point. One was a dart aimed at Svensmark, and another decade's data was used to – take a deep breath – validate the climate models.

In short, the day lined up Phil Jones, oceanographer Andrew Watson, and physicist Mike Lockwood, the latter to argue that the sun couldn't possibly have caused recent warming. He was followed by the most impressive presentation from Henrik Svensmark, whose presentation stood out head and shoulders above anyone else. Why? For two reasons. The correlations he shows are remarkable, and don't need curve fitting, or funky statistical tricks. And he has advanced a mechanism, using empirical science, to explain them. At the other end of the scale, by way of contrast, the Met's principle research scientist John Mitchell told us:

"People underestimate the power of models. Observational evidence is not very useful," adding, "Our approach is not entirely empirical."

Yes, you could say that. 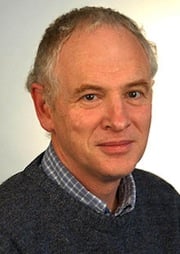 Jones explained the temperature record. He said that biases are a real problem, and have a greater effect on the record than adjustments. He addressed the issue of UHI, the urban heat island effect, which critics say has skewed land temperature upwards, and hasn't been taken into account as much as it should have been. Jones pointed out that the UHI was evident in London 100 years ago – but it hadn't become greater over that time. "The trend is no different to outer London." Critics also point to the disappearance of 4,500 largely rural stations from the 6,000 formerly used by NASA, via the National Climatic Data Center (NCDC). Jones couldn't address this, but pointed out many stations aren't really independent; around 200 stations are needed to obtain a global average.

Next page: A lot of hot air water
Page: