Welshman attempts to board train with pony

A Welshman* has earned himself 15 minutes of CCTV fame by attempting to board a train with a pony.

According to the BBC, the hooves fell off the bold equine transportation plan at Wrexham General station on Saturday, when the conductor of the 19:02 to Holyhead decided he wasn't having any of it. 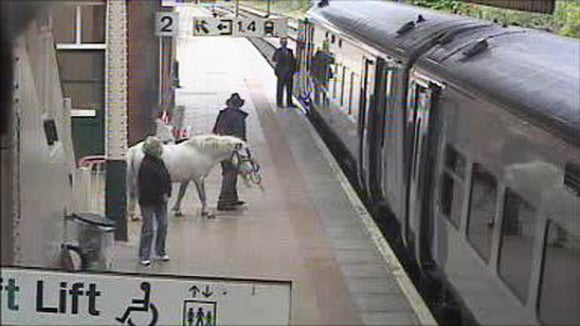 Undeterred, the man then proceeded to the ticket window, where he tried to buy a couple of tickets for himself and his four-legged friend. 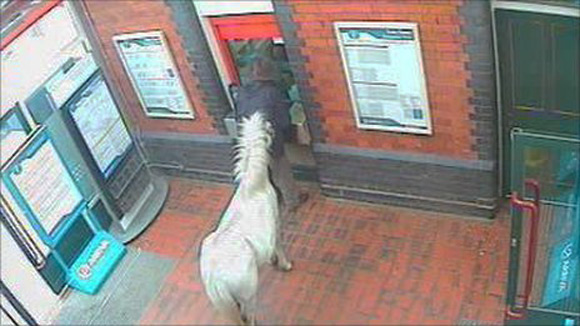 A spokeswoman for operator Arriva Trains Wales said the man later left the station, presumably to ride his pony the 85-odd miles to Holyhead.

She clarified that while "dogs and small animals" are allowed on its trains, "horses and ponies, which may pose a risk to the general public are not permitted to travel". ®

*Our assumption. He could have been an Irishman on his way to catch the Holyhead to Dublin ferry, or an English cross-border pony rustler attempting to evade the authorities by keeping off the roads.