A Portal 2 mapping contest has launched for avid designers to pit their skills against each other and win prizes.

Since Valve released the Portal 2 Authoring Tools earlier this month, enthusiasts have been busy customising their own maps of the game.

By entering the Summer Mapping Initiative, designers can win signed gift-packs and the chance to have their level featured on the official Portal 2 website. 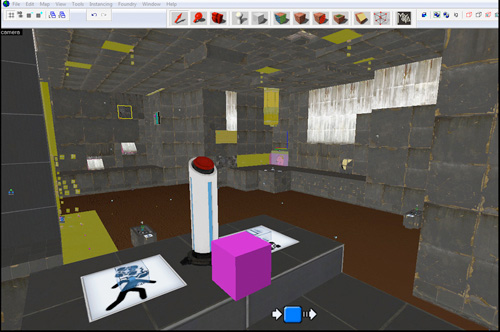 Puzzles will be judged on complexity; visual appeal and attention to detail; innovation and imagination; adherence to a general theme; and overall fun and playability.

Single-player and co-op maps are both acceptable, as long as they contain an Entry and an Exit elevator suited to the map's theme. Designs must not be completed with custom assets either.