Multinationals out themselves as big Aaas fans

60% more MNCs will 'migrate to the cloud' this year

Comment The Artificial Intelligence guru Ray Kurzweil believes that technology, accelerating exponentially, is converging on a point some 20 years ahead when in a flash of universal illumination he calls "The Singularity". It will solve all the problems of mankind. 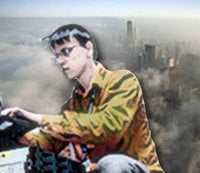 Adoption of cloud services is up
about 60 to 61 per cent from last year...

But along the way we'll need the help of all those hardworking marketeers and analysts ... and their jargon.

There's no doubt about the accelerating rate of technological development. Our ability to harness it for getting stuff done admittedly lags somewhat behind, but we've certainly found ways of making some of it sort of useful. The internet, for example, has changed our personal lives over the last 15 years.

About five years ago, in the world of commerce, small and medium enterprises picked up on the idea of using it to unhitch themselves from their in-house costly server systems and began pushing the complexity of hardware and software out through that Internet connection to third parties who – on paper, at least – could do a better, cheaper job for them. And now, according to a survey by Ovum released, multinational companies are piling onto that same bandwagon.

And with a bit of luck it might just buy them a cheaper, more flexible alternative to their legacy IT systems. Will it pay off? Let's ask the analysts.

They called it "Cloud Computing, the Next Big Thing." There always has to be a Next Big Thing, of course, to distract us from the Current Big Thing, which is never quite working out, whether it be the Open Systems of the '80s, "Objects all the way down" of the '90s (who remembers Taligent?) or the craze for Linux and open source in general that began to take off in 2000 – which, come to think of it, as a Current Big Thing is definitely doing better than most.

For the majesty of Cloud Computing, traditional three-letter acronyms, the TLAs that have propped up the industry since the earliest days, were no longer enough. Enter the FLaa, the four-letter acronym with two small "a"s in the middle.

There's "IaaS" (infrastructure as a service), where your hardware vanishes from your server room and reappears in virtual form at the other end of your Internet connection. "PaaS" (platform as a service) does the same thing for the operating systems and software tools you were using. The next logical step, "AaaS" (applications as a service) didn't hit quite the right note when pronounced as a word, so they dubbed it "SaaS" (software as a service), and now you're simply renting all your IT needs, so you can get on with your core competency.

There's a snag here. And it's nothing new and surprising. We ran into the same thing 15 to 20 years ago when the mania for "outsourcing" caught hold. It looked great on the spreadsheet, especially when the analysts talked of turning capex into opex and the agility with which we would be able to flex up and flex down. It sounded like taking our business to the gym for a workout.

The problem was this. Back in the day when your IT guys were all swarming around your in-house servers, if you said "jump" they jumped. OK, not immediately – techies will always give you an argument. But it was an in-house argument. Once all that stuff was outsourced, all questions about what exactly got done and how it got done had to be closely defined in legally binding documents called SLAs (service level agreements). Any change in your IT requirements, which in reality are changing all the time, and your third-party IT supplier would be stabbing a finger at the SLA pointing out that what you were now asking for would put you in breach.

Isn't this going to be the same deal with Cloud Computing? I put the question to Tom Stockwell, product director with Cable & Wireless, who'd commissioned the Ovum report, which – unsurprisingly – concludes that "Telecommunications providers are catching up strongly in user trust ratings as credible suppliers of cloud computing services".

He said: "This is one of the reasons that MNCs have been less mature in their migration to cloud computing than the SMEs," and went on to turn my question neatly upside down. "It's exactly because they have these long-term, deeply ingrained systems integrator/outsource relationships. It's created a sort of commercial contractual stickiness. That's the revenue cannibalisation challenge if they're going to migrate to a more flexible, more transparent, commercially agile cloud-based service."

Data for the Ovum survey came from just over 90 multinationals, each with typical employee counts of 50,000 employees worldwide. "Adoption of cloud services in general," Ovum's Evan Kirchheimer told us in presenting the report, "is up about 60 to 61 per cent on the adoption levels recorded in a similar survey we conducted in April 2010."

So the Cloud has arrived? Before you rush to the conclusion that MNCs have suddenly managed to shake off that stickiness and are emerging from their contractual chrysalises and rising into cyberspace as, well, a cloud of butterflies, it's worth heeding a couple of caveats. Kirchheimer confesses that "we weren't particularly strict" as to the definition of being a cloud-using enterprise. "If there was some element of cloud provisioning or some service that you received in the cloud, then you qualified."

Oh. And here comes Kirchheimer's second caveat: Chinese and Indian MNCs included in the survey, he warns, "do tend to occasionally confuse aspiration with reality". So as much as half the metrics on which the report is based, he suggests, "might be down to that aspiration".

Still, the report is very nicely printed, with well-presented and clear diagrams. And that, after all, is the job of analysts: to provide us with a narrative that makes it look as if we all know what we're doing as we venture blindly onwards towards Kurzweil's Singularity. ®

Updated It's the comeback nobody wanted nor asked for