All well and good, but it slips in comparison with other 1080p video recording handsets like LG’s Optimus 2X through the lack of a dedicated HDMI slot for hi-res transfer to your TV. Instead, it's the same as the Samsung’s Galaxy S II and relies on the MHL adapter to slot into the micro USB port, which is an optional extra. Mutter mumble. There is DNLA support as well though for wireless hook-up to a connected TV. The browser renders pages well and like other later Androids supports Flash too, so there’s nothing you can’t view. 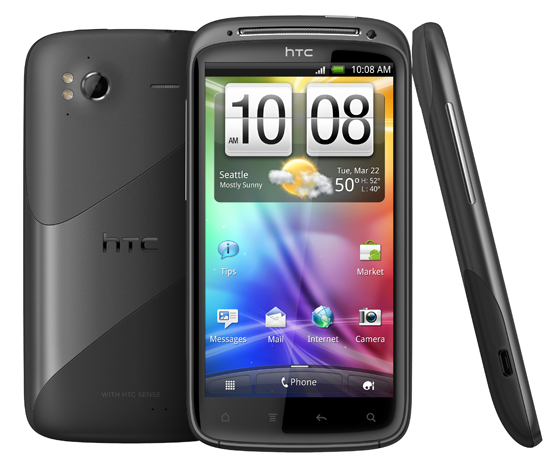 Fast and functional but has its work cut out

The music player includes HTC’s 13-setting equaliser as well as SRS pseudo surround sound which broadens the soundstage in the not bad quality supplied headphones.

Copying media was a breeze, with HD videos that normally take minutes shooting across in a matter of seconds. There’s a paltry 1GB of memory on board for storing them, but also the option to add up to 32GB with a microSD card.

The 1520mAh battery has a lot of work to do with the more powerful processor, HTC Sense and those busy widgets, and though it turned in a good day of heavy use, it certainly didn’t excel.

Another quality handset from HTC and this is the hero of the bunch, with a fast dual core processor, the latest Sense user interface goodies, Android 2.3 and, for once, the company manages to build a half-decent camera. ®