Warm welcome for Wii U

Nintendo took to the stage at E3 today and revealed the highly-anticipated Wii successor that seeks to once again redefine the way we play games.

The console previously known as Project Café has been officially unveiled as Wii U. It features HD graphics that appear to blow the PS3 out the water. The main talking point, however, is a juicy control pad like no other. 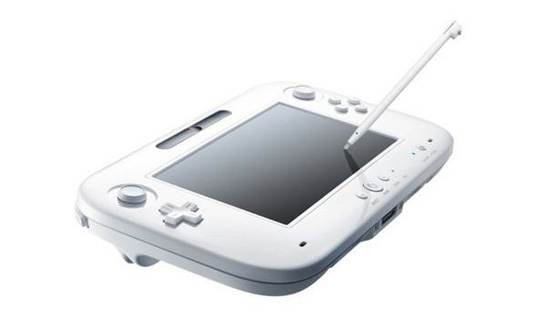 This slate-sized matter-paddle packs quite the spec, so replacing one, or buying a second, is likely to be expensive. Not only is there a giant 6.2in touchscreen display, but a built-in microphone, camera and speakers too.

Just like the Wii, the pad is motion sensitive, with an accelerometer and gyroscope. But it's not all about movement here, and Ninty's inclusion of dual analogue sticks and regular style pad functions, should help to claw back lost support from hardcore gamers.

Utilising the display, users can continue to play on the pad too, without the need for the TV. Perfect to keep soap addicts happy during prime time, while they think you've compromised and turned the game off.

It won't work like a portable console, though. That accolade is saved for the 3DS, which will communicate with the Wii U, in a relationship similar to that of Sony's Vita and PS3. With the 3DS, users can play cross-platform games such as the newly-announced return to the Smash Bros. franchise.

We'll delve more into E3 game-talk later, but Nintendo has followed the familiar pattern of releasing new titles from old favourites, with Super Mario Brothers, The Legend of Zelda, and Tekken all set to make an appearance.

The Wii U is backwards compatible too, supporting all previous Wii games and Wiimotes, which can still be used in conjunction with future titles. Don't put your old tech on eBay just yet guys.

Sony had earlier tried to reinvent how we approach portable gaming with the Vita's rear facing touchpad. It also put out a PlayStation telly, which lets rival gamers view different images on the same display - a redundancy package for 2-player split screen.

Nintendo on the other hand has gone down a alternate route with this touchscreen display, a different approach from that of Sony's in eliminating screen-watching opponents.

It's a golden time for gaming and Nintendo is back, certainly with less gimmick this time. We'll update you as we hear more.