I vote we blast 'em

Amid the humding of Vita and PlayStation TV during Sony's E3 presentation, CEO Jack Tretton excited the Trekkie community with news of the Move controller, modelled on the classic phaser.

In addition, PS3 owners will be given an exclusive prequel game, based on events that occur prior to those in the main release. 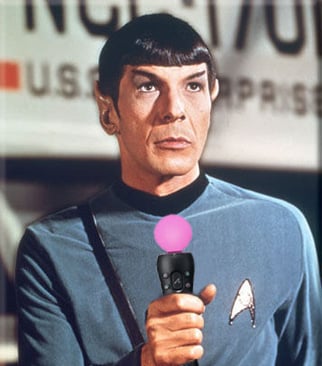 Set in the same universe as JJ Abrams' 2009 Star Trek flick and written by God of War author, Marianne Krawczyk, the main game sees Kirk and Spock battle to stop an alien race from conquering the galaxy.

We'll have to wait a year for all this, though, as the title will be released to coincide with next summer's Star Trek blockbuster. Surprise, surprise. ®