Rockstar is rather good at stories. Those of you who have played through LA Noire, will probably agree. Now the celebrated games publisher has moved into the realm of e-books, with a free LA Noire-themed short story anthology up for grabs.

LA Noire: The Collected Stories - a gathering of eight tales from various well-known authors - is based around the crime-riddled world of LA Noire. Many of the stories revisit characters from the game itself and provide new spins on controversial headlines from the 1940s.

While several of the stories have been previously published on Rockstar's official LA Noire webpage, three additional exclusives are included. 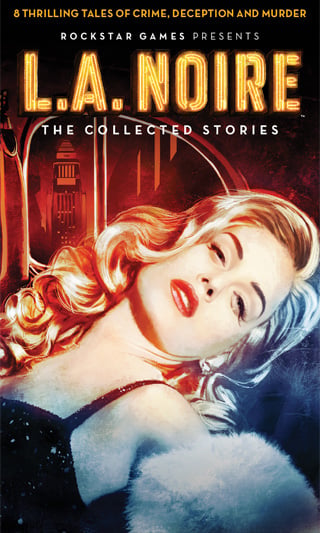 To celebrate release, Rockstar is offering LA Noire: The Collected Stories as a free download at all Amazon, iTunes and Barnes and Noble eBook stores. Be quick, though. From June 12, the download is set to cost a dollar, or 61p for those of us on this side of the Atlantic. ®

Meet YouTube-linked games-streaming Stadia, yet another thing Google will axe in two years (unless it kills Twitch)

Now, witness the power of this eventually operational game star

Game over for gaming strategy that seems to be on Fire, literally