I have conducted a lot of interviews recently with vendors, resellers and systems integrators about why it is proving so hard to motivate the traditional IT channel to get on board with cloud. There are some examples of success, but scaling up action beyond a minority of niche partners or risk takers seems to be proving universally difficult.

This issue is important. If you are a vested interest looking to drive subscriptions in the small and medium business (SMB) space, you need representation by the suppliers that smaller businesses turn to for advice and solutions. If you are a customer that’s trying to make sense of if, where and how this cloud stuff can benefit you, then you need your trusted (often local) supplier to guide and support you.

Some reading this might disagree, and make the argument that the cloud renders the channel redundant. Well “good luck with that”, as my teenage kids would say.

So far, no one that I am aware of has found a way of selling cloud services around the channel in any volume to SMBs without an army of out-bound telesales or field sales people of their own. It’s hard to achieve serious scale that way, and without scale, the cloud model doesn’t work well economically.

One of the reasons for the lukewarm reception of cloud within the channel is because the switch from a product-based business model to a services/annuity-based one is not trivial.

The commercial models for indirect cloud based delivery are a mess

Accounting practices, remuneration mechanisms and the way propositions are sold all change considerably, which is a lot of upheaval. Hard enough if the demand and margins are there, but I am hearing that neither of these is at the moment, so lack of major movement is unsurprising.

Against this background, it really doesn’t help when vested interests preach at the channel and effectively accuse them of being backward and protectionist.

Most players within the channel are SMBs themselves, and it is unrealistic to expect them to divert significant resources to help the big guys create a market, when the returns are far from obvious. And let’s be clear, switching models is not something you can play at: you will not be successful, unless you approach it seriously and commit.

This whole thing makes me wonder if service providers have collectively fallen into the huge trap of assuming that the cloud delivery model would lead to general ‘disintermediation’.

This is a clever sounding term popularised in the dotcom era that basically refers to the principle of cutting out the middle man by establishing a direct electronic relationship with the customer.

It was a flawed and misguided notion then that everything would shift a direct model, and it remains so now, but the relative lack of thought being given to what’s in it for the channel is consistent with this way of thinking.

Summing up the Cloud 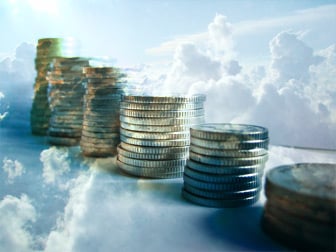 Cloud prices need to work for resellers too

So too is a lot of the cloud pricing we see. At one end we have unnecessarily low and highly publicised prices set by direct service provider sales activity around email, content management and other horizontal application and communication services.

These often leave nothing in the equation to cover the cost of indirect marketing, sales, account management and support activity, and close the door to mark up because the PR machine has proudly declared to the world how little customers should expect to pay.

At the other end of the spectrum, we have highly priced services that make a mockery of the frequently heard claim that cloud options are cheaper than the on-premise or co-location equivalent.

When the canny SMB customer does the sums on lifetime total cost of ownership (TCO) versus cumulative cloud subscription fees, it’s no wonder many still stick with traditional delivery options. Sure, there are lots of reasons other than cost to look at cloud computing, but it becomes a hard-sell when you have to work around raised expectations on savings that cannot possibly be met.

Put these price related challenges together with limited demand, small margins, deferred profit and cash-flow disruption (if you divert existing product sales to cloud) and that’s a pretty big ask of channel partners, especially the smaller ones that the serve local and regional needs of the mainstream SMB market.

The reality is that traditional product pricing generally reflects the costs involved and the need for profit across distribution tiers, but cloud related pricing and channel discounts today often don’t.

It doesn’t matter if this is because of land grab attempts by providers, the idealistic notion of cheap, direct consumption models defining the future of the market, or the mistaken view that customers are so ‘excited’ about cloud that they will pay through the nose for it. All this is secondary to the fact that what’s in it for the channel is often very unclear.

With this in mind, I don’t blame those resellers who are cautiously biding their time. The commercial models around indirect cloud based delivery are currently a mess, and the onus is on the provider community to get its act together, not on the channel to change its attitude. ®

Dale Vile is the CEO of Freeform Dynamics, the IT analyst firm (and The Register's research partner).