Review Let's get one thing straight, Hunted: The Demon's Forge is not an RPG. 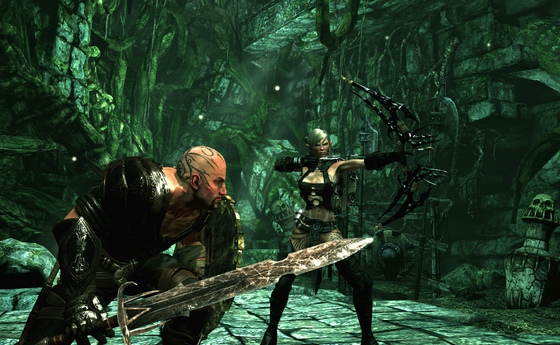 Hanging in the green room before a shoot

Sure, you fight through enough besieged villages, possessed forests and dank and gloomy dungeons to fill Middle Earth twice over. Your standard enemies, the Wargar, bear an uncanny resemblance to Orcs. You wield enchanted weapons and cast pyrotechnic AoE magic spells. And every place and character name sounds like developer inXile’s been playing Scrabble with a special edition Lord of the Rings rack. But Hunted has more in common with God of War and Gears of War than it does Elder Scrolls or Dragon Age.

The game strips away almost every RPG convention, paring back the template to within an inch of its credentials. There’s no character customisation, levelling, crafting or trading. NPC conversations are rare and brief. There are no marketplaces or taverns to loiter in. Missions are strictly linear affairs, save simple additional objectives and a handful of secret areas. Indeed, the only RPG remnants are a featherweight system of skill-trees and, of course, combat – lots and lots of combat. 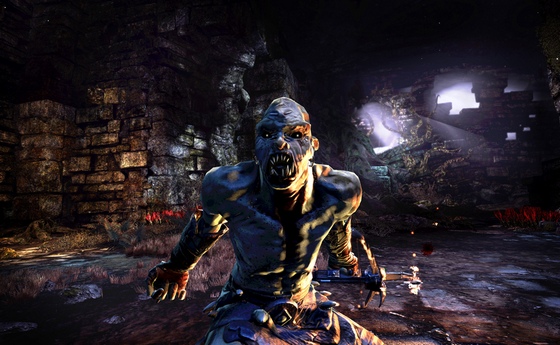 Help, I need a root canal

At its core then, Hunted: The Demon's Forge is little more than a brawler-shooter hybrid set in an RPG universe. What it eschews in traditional RPG elements, it replaces with a gamut of action ones: cover-shooting, headshots, combos, executions, even roadie runs and mounted gun set-pieces.

Next page: Who's in control?
Page: