The New C++: Lay down your guns, knives, and clubs

Pick up your multI-cores

"The world is built on C++," Herb Sutter tells The Reg. Considering he's one of the language's chief stewards, we question his impartiality. But he does have a point.

After more than 30 years – depending on whose numbers you swallow (these or these) – C++ remains one of computing's most popular programming languages, favored for its speed if not its simplicity.

And while new languages have since been born, C++ has endured. Java is the only one to have outpaced it in popularity, according to the TIOBE Index. PHP, Ruby, and JavaScript? Sure, some might claim that they are the future, but C++ is the past, the present, and the future.

According to Sutter, C++ is on the verge of its biggest change in the 13 years since it became an official ISO standard, a change that will make it relevant for the next two decades.

The recently finished C++ ISO standard, with the working name of C++0x, is due to be published this summer, following the finishing touches to the ISO spec language and standards wonks agreed upon in March.

Sutter didn't create C++, but he is chair of the ISO's C++ committee in addition to being a noted C++ programmer, author, and chief native-languages architect at Microsoft. 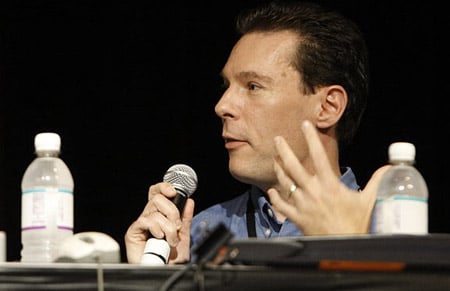 Sutter tells us: "This is the first major rev of the standard with new features since 1998." when the ISO ratified the first C++ standard.

The new C++ features many changes, but when asked to name the biggest, Sutter highlights those that address some of C++'s biggest bugbears: productivity and efficiency.

The complexity of working in C++ is one thing that Sun Microsystems' James Gosling tried to tackle when making a language that was more programmer-friendly; he cooked up Java, reputedly calling it C++ "without the guns, knives, and clubs." C++'s complexity might also be responsible for making C++ jockeys more prone to swearing than other coders.

Sutter lists auto keywords, lambda functions, and initializer lists as reasons you'll type – and swear – less. Some of the C++ clutter has also been stripped out.

"It really feels like you get the familiar power and way of talking about your code, but [it] feels like a fresh language that doesn't get in your way ... and [you] can write in much more expressive language," Sutter tells us.

Arguably the most significant changes will help C++ catch up to Java in popularity, now that C++ software can be built and run with fewer headaches in the rapidly dawning world of multi-core CPUs.

Without a memory model, devs have either been building or picking their own libraries to achieve concurrency. Concurrency goes hand in hand with multi-core, as it means that chips with more than one core can run different threads in an application across their cores – or even on different servers. It helps handle the way the threads talk to the chip's memory.

The need for a consistent memory model is growing as more multi-core chips from Intel, AMD, and others become standard in mainstream computers from the PC on your desk to servers at Facebook to the smartphone in your hand.

Next page: Single-core eaten up
Page: