iCloud: Big step for content management, but not for the cloud

All about the 'apps experience'

The glaring feature of Apple's much-vaunted iCloud announcement? It doesn't have much to do with the cloud. At least, not in the usual Google sense of doing everything via the browser with no local storage or apps.

In Apple's world, apps still need to reign supreme, or it risks falling well behind its more cloud-aware rivals, so iCloud is all about enhancing the apps experience by using the cloud for a vast array of synchronization and content management functions.

This makes perfect sense for Apple, even if the hijacking of the "cloud" term may ruffle feathers among those who really do seek the triumph of the browser, with all the content and services accessed remotely from devices that are increasingly stripped-down – Google's Chromebooks are, in their purest form, little more than browser appliances with a layer of Linux underneath Chrome.

But in the real world, commercial Chromebooks, and other web gadgets, will have to compromise with the realities of unreliable wireless connections and users’ deep attachment to having their content "close by".

Like network computers and netbooks before them, Chromebooks are sure to get fatter, stealthily slipping in local storage and even a second OS.

This is the world Apple knows, and it has taken a good stab at modernising its offering to take account of cloud behavior, while in fact delivering a largely localised apps environment.

This puts even more distance between Apple's world view and that of Google and the pure web players – though of course, there will be room for both.

Apple may be talking of the post-PC world – and by allowing iOS devices, finally, to communicate directly with the cloud, it is hastening the irrelevance of the PC or Mac. But it is replacing the PC with a tablet or phone – still a device with hefty local processing and a deeply personal relationship with its owner.

Like Microsoft, it cannot break free of its "fat client" roots and really follow Google and Oracle into the realms of the disposable, commoditised, thin appliance. 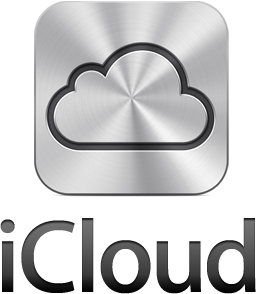 So iCloud saw Apple extending its traditional strengths in the integrated hardware/software experience, towards the cloud, but not right into it. A critical difference is that it does not yet regard the browser as a strong applications delivery system, rather than just a dynamic content delivery system.

Google, by contrast, is betting on the browser taking on the former role before too long – it knows this will come most slowly to small screens, hence its downloadable apps strategy for Android and iPhone, but it thinks larger-screened tablets and notebooks are ready to flip in the near future (hence its lack of enthusiasm for native apps for Honeycomb or iPad).

For Apple, which does support web apps in App Store, the day when these are the dominant approach will be a difficult one, condemning it to play on a level HTML5 playing field with everyone else. By contrast, in mobile native apps, its user experience remains second-to-none.

Nevertheless, it can now count itself a cloud player rather than a rather surprising no-show. In particular, it will now distribute OS X online via the Mac App Store, support over-the-air updates for iOS 5, allow for iTunes music to be streamed and synced on any iOS device, and has rebranded the substandard MobileMe and made it free.

iCloud offers a wide range of capabilities, such as automatic synchronising of iTunes, calendar and contacts data between devices, and one-click pushing of the same content to any new Apple device that is registered to the user account.

Importantly, in comparison with Amazon Cloud Drive or Google Music, Apple has signed deals with major music labels, so that customers do not have to upload their songs to the web. Instead, a premium feature, Music Match, priced at $24.99 a year, mirrors their existing collection with the iTunes store and allows existing iTunes tracks to be streamed from the cloud.

Next page: Cloud as invisible back end
Page:
Corrections
25 Comments

The OS is 'no longer' important to Microsoft, and yet new Surface kit has 3 Windows flavours

And an Android device – confusing or what?

Microsoft Surface Pro X: Windows on Arm usable at long last – but, boy, are you gonna pay for it

Hands On Up to £1,700 for something that won't outperform its cheaper Pro 7 stablemate

Sailfish OS given a Jolla good buffing as version 3.1 bobs gently into port

Microsoft's Edge on Apple's macOS? It's more likely than you think for new browser