The game's ethical choices prove equally as facile. Although more meaningful than the original's, the system of good and bad karma works simply as a binary branching narrative determining which missions are available to you. With no repercussions other than at the Star Wars Force Unleashed-style ending, the karma system offers little more than the option to replay the game through the alternative moral path. 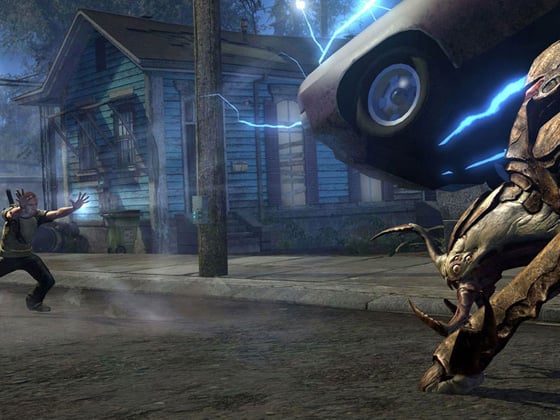 If an entire replay doesn't appeal, Infamous 2 has one unique superpower that just might. In a first for open-world sandbox games, you can create and play User Generated Content (UGC). A powerful visual scripting language helps you create an infinite variety of content, from setting up complex parkour races through rings, to creating combat engagements with specific rule-sets. There's even a clever filter and voting system to determine which UGC appears in your world.

It's a system of huge potential, one that compensates for increasing repetition in the campaign's latter stages. Even at this early stage, I managed to find content that surpassed developer Sucker Punch's own missions, so it will be interesting to see just how much the game develops as the community of modders improve their art. 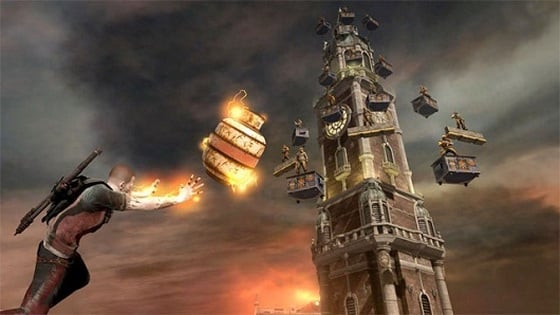 The irony is that for all its electricity, Infamous 2 lacks magnetism. It's a highly polished, beautiful looking game. Cole MacGrath is an awesome superhero, and his powers are always a joy to control, but he's let down by a lack of worthy enemies. As his powers increase, the challenge fizzles out. The glimmer of hope, then, is that where developer Sucker Punch fails, the modding community will replace that missing spark. ®

A super hero game in need of saving. Available on PS3 only.
Price: £40 RRP
Page: