Wikipedia awash in 'frothy by-product' of US sexual politics

You can't make this santorum up

The world's Wikifiddlers are obsessed with santorum. Though they can't agree on what that is.

For some, it's a word. For others, it's not: it's the result of a campaign to create a word. The distinction – however subtle – has sparked weeks of controversy among the core contributors to Wikipedia, the "free encyclopedia anyone can edit". If you find this hard to believe, you've never been to Wikiland – and you've never Googled "Rick Santorum".

Famously, Rick Santorum – the former Pennsylvania Senator and a Republican candidate for president of the United States – has a Google problem. But he also has a Wikipedia problem. And the two go hand-in-hand.

The senator had been "Google bombed" – and quite successfully. To this day, spreadingsantorum.com is typically the first of the "main" results, though in most cases it sits below a paid Rick Santorum ad and a separate set of news links concerning the senator: 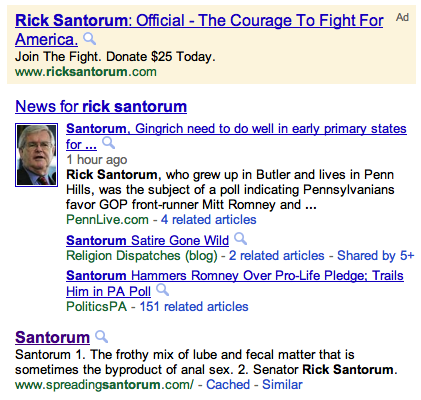 In May, one of the other top results was a Wikipedia article entitled "Santorum (neologism)". "The word santorum /sænˈtorəm/ is a neologism promoted by American advice columnist Dan Savage," the article began. In other words, Santorum's Google problem included an article about his Google problem.

Clearly, when the article was first created in 2006, by someone calling themselves "Santorummm", it didn't just document Dan Savage's campaign against Rick Santorum. It was part of the campaign. Santorum wasn't just Google bombed. He was Wikibombed. And since Google affords such high rankings to Wikipedia articles, one played into the other.

Over the years, many Wikifiddlers objected to the article, but it survived. And in recent weeks, as the satirical American news program The Daily Show revisited Santorum's Google problem and the article was significantly expanded to examine the Savage campaign from most every angle, the complaints came to a boil.

For some, the article was nothing more than a political stunt. "We have, I think, a novel problem," said one fiddler. "Wikipedia is being willfully used as a weapon for political activism against a specific person: there is a concerted effort to manipulate and misuse our policies into giving exposition to a political campaign against an American politician."

Wikipedia watcher and former Guardian columnist Seth Finkelstein agrees. "It's the next level of Google-bombing," he tells The Register. "Earlier attempts were exploiting weaknesses in search algorithms. This tactic is finding a site with a very high Google rank, such as Wikipedia, and manipulating its rules." In Wikiland, there's even a word for it: a ''coatrack''. 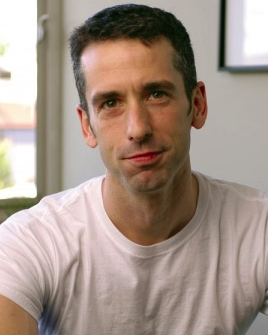 "A coatrack article is a Wikipedia article that ostensibly discusses the nominal subject, but in reality is a cover for a tangentially related biased subject," reads Wikipedia. "The nominal subject is used as an empty coat-rack, which ends up being mostly obscured by the 'coats'. The existence of a "hook" in a given article is not a good reason to 'hang' irrelevant and biased material there."

But for others, the "Santorum (neologism)" article wasn't a coatrack. They argued that over the years, santorum had indeed morphed into a word and that the Savage campaign itself was noteworthy enough to merit its own Wikipedia article. In addition to coverage in various news outlets, the American Dialect Society selected santorum as the Most Outrageous Word of the Year (PDF) for 2004, and it had turned up in multiple works of fiction.

"Any residents not burned alive in the fires or drowned in the flood will be made to drink a mixture of bodily fluids typically deposited in on the streets during Mardi Gras until death," reads Austen James' Hate Starve Curse (Broken Science Press). "The mixture should consist of (but is not limited to) sweat, snot, urine, saliva, tears, vomit, sexual fluids, and feces and santorum."

A flaw in the medium

In typical fashion, the discussions raged for weeks. Wikiland fancies itself as some sort of über online democracy. Though some have more power than others. "I think the most useful and promising line here is to note, correctly, that this article should more properly be about the attack, not the alleged 'neologism'," wrote Jimmy "Jimbo" Wales, the Wikipedia co-founder who has called himself – without irony – the site's "spiritual leader". "This will mean that we - again properly - retitle the article even while keeping a well-sourced description of the incident, making it clear to the reader that this is *not* a genuine word that has come up organically from people's speech patterns, but a google-bomb attack that worked." 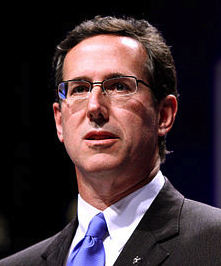 That's exactly what happened, though the discussion continues. The article has been retitled "Campaign for 'santorum' neologism" and rejjgged accordingly. "In 2003, in response to controversial statements by United States Senator Rick Santorum, sex-advice columnist Dan Savage initiated a web-centered campaign to establish 'santorum' as a vulgar neologism," a June 20 version of the article began.

It's a typical Wikipedia solution. Very little has changed. The article is still just as high on Google's results pages (under an earlier title, "Santorum Google problem"). And it's still very much a part of Rick Santorum's Google problem.

Seth Finkelstein argues that despite his own personal views, such articles should be squashed. "I should disclaim that I find Rick Santorum's political positions to be reprehensible, and I sympathize with the feelings behind the actions against him. But, in reply to the obvious more-activist-than-thou point of how one can be concerned over these Google and Wikipedia reactions, rather what prompts them from Santorum's stances, there's something very worrying going on here," he wrote on his personal blog. "Today it's Rick Santorum ... tomorrow, who knows? And I suspect that right-wingers are going to eventually be able to play that game far better than left-wingers."

But right wingers already played the game, with topics ranging from the Swift Boat Veterans to Bill Ayers. This is just the way Wikipedia works. It's a flaw of the medium. The line between participant and documentarian is inherently blurred. And thanks to the site's haughty commitment to its new-age notion of democracy, this will never change. ®

Updated Work on a Gecko-based version of Firefox for iOS is underway, again
Devops7 Feb 2023 | 11