Review "Save Eden. Save Lumi." The precluding order of an introduction which summarises Child of Eden’s essentially superfluous plot. I could tell you that the general gist is that we’re hundreds of years into the future, Lumi – the fist human born in space – is long dead, and the internet has evolved into something approaching The Matrix. 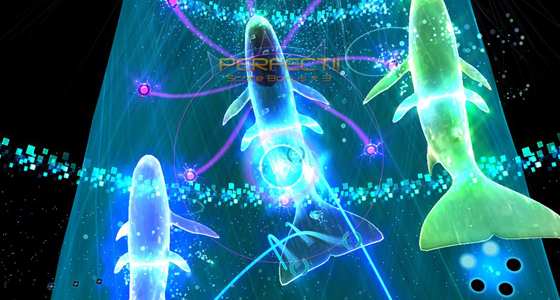 Unnamed scientists have decided to recreate Lumi in this omnipotent version of the internet – or Eden, as it’s now known – from archives of her emotions and experiences, but something goes wrong, leaving Eden overrun by an autonomous virus which manifests itself in the guise of manta rays, flowers and… er... clockwork gears.

Insane/genius storyline aside, what Q Entertainment’s Child of Eden does represent, as of right now, is a title which not only justifies ownership of Microsoft’s increasingly dust-gathering Kinect peripheral, but also puts a groovy new riff on the shoot-'em-up genre.

In fact, perhaps the last shooter to do the same was CoE producer Tetsuya Mizuguchi’s last release, the similarly progressive Rez. 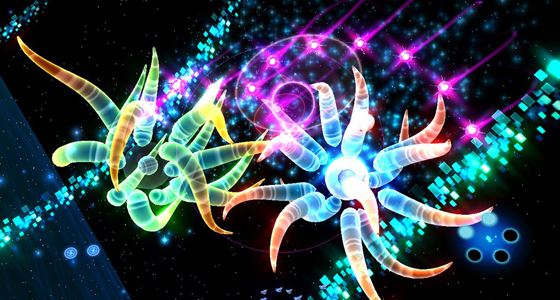 It wasn’t so long ago that I was able to discuss Mizuguchi’s design practice with Q Entertainment’s James Mielke. His response: “He doesn’t play a lot of games. He’s aware of all the games out there, what makes them cool, but where he draws his inspiration from are really disparate sources, the sound of the breeze blowing through the trees in Tahiti, or some tribal music he might hear on safari,” illustrating perfectly why Child of Eden is at once a delight but also particularly difficult to put down on paper.