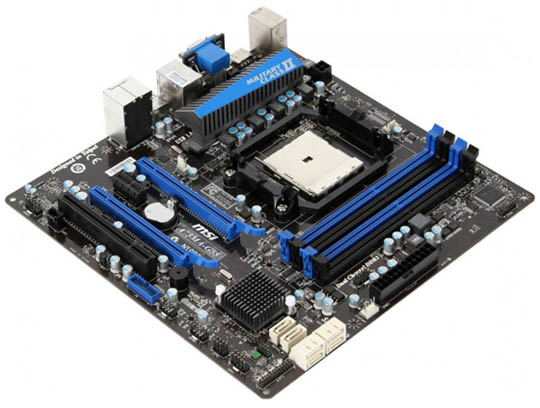 On Monday, MSI announced its "Military Class II" microATX mobo for the AMD A-Series, the A75MA-G55, which includes the company's Linux-based Winki 3 operating system, which – like Asus Splashtop – is a bare-bones, quick-booting system with limited capabilities. But, hey, it's free.

An AMD spokeswoman told us that the A-Series APUs will be avalable "in early July" – but with motherboards already appearing and soon to ship, our guess is that "early" means quite early, indeed. ®