You have to have standards – or do you?

1 livre of pate, half a pound of cheese and 200g salty biscuits please 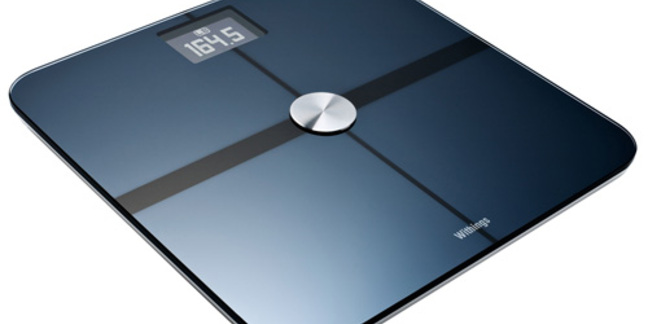 Part one Given that so much of the time and effort expended by you technical and computing types revolves around standards, just how important are they in the larger sense? And if they are important, who ought to be devising them, and should they be voluntary or imposed?

This might sound a tad odd in this modern age, for the default reaction now seems to be that a) yes of course there should be a standard and b) yes it should be imposed. By law according to many continental types. But that just ain't the way it's worked through history.

Some standards have to be imposed of course: right- or left-hand drive would seem to be an obvious one, given that trying to mix them would be a little messy. But here there's no obvious (or even non-obvious) reason why one way is better than the other, there just has to be a choice made.

Given the obviousness of the point that a choice has to be made, it seems a little over-the-top that this fact is now encoded into international law. The Geneva Convention on Road Traffic of 1949 does just that, insists that the country has to make a choice, which is pretty much a d'oh sort of point to make.

Which choice each country makes is left entirely up to them: Sweden changed to the right in the '50s to be as one with their icy neighbours, while Samoa changed sides only two years ago (cheaper to buy second-hand cars from Oz and NZ, instead of having to get them from the US).

Similarly, the railway gauge is probably something that we want to be the same within one railway network, although even that's not certain.

The Great Western managed well enough with Brunel's wider one until the 1890s: systems such as Ireland's or Australia's, which do not link into others, have remained wider than standard. The difference between Russian and European gauges causes some amusement at Brest Litovsk (where your railway car is winched over onto bogies of the new gauge) but then there's not a great deal else to do there of an evening.

We could even talk weights and measures: surely that's a place where we really should have an imposed standard? Well, actually, looking at the history of the world's weights and measures, this doesn't really seem to be true. As long as everyone understands which measure is being used, conversion from one to another is simple enough.

Prices on the Taiwan gold market, where they still use taels as the unit of measurement, don't vary much from those in London, where Troy ounces are used. Sure, it's important that we all know what a kilogram is, but whether we use pounds or kgs isn't that important: whatever the European Union tries to insist.

That the US fluid ounce is a different size from the Imperial, the pint a different number of such ounces, is boring and annoying but not necessarily something that needs to be corrected by law. And you can still buy your pate by livres in French markets even if confusion about who is using what system is said to have led to one or two interesting occurrences in space exploration.

Well, OK, but there must be times when it really is necessary to have clear legal imposition of a standard? Perhaps there is, but it's almost certainly a lot further away than many think.

Take language for example. This must be subject to a certain amount of standardisation, otherwise it can't actually be used as language: get Geordie much further away from Cockney and they'd not be mutually intelligible (that they are still, just, is how Cheryl Cole manages).

But this still doesn't mean that we either need or want to impose such standardisation. The French do do that, passing laws to insist that bastard Anglicisms will not sully the glorious French language.

One of these was passed by a Jacques Toubon and I've always had a soft spot for the politician who ever after referred to him as Jack Allgood. English seems to work just fine as we all stumble our own way to mutual understanding.

We can even go further: Morse Code for example, surely that's an example of something that requires a central, imposed, standard? How can two blokes interpret dots and dashes if people are using different systems to do so?

Quite: except that historically they did. There was Morse's original code specification, American Morse Code (which declined to "railroad code"), and then a German, Gerke, got his hands on it, changed 50 per cent of it and thus created the "continental system". Which one was used didn't matter all that much: as long as each side knew which was being used.

But, and I can hear the technological cogs whirring among the readership even now, wouldn't it be better, more efficient, if the standards really were standards right at the beginning? If everyone agreed right from the start and then insisted upon no future changes? Or at least, no changes without consultation, meetings and a committee?

Perhaps, and there are no doubt standards where this is true. But insisting upon this in the case of, just as one example, the English language would have meant no Shakespeare: he's credited with introducing more invented words into the language than any other writer, after all (apparently blank verse and rhymes are easier if you can do this, just make stuff up). It would also mean no Gerke version of Morse, we'd all still be using railroad. For what the absence of a standard allows is experimentation.

Yes, of course, we're talking about experimentation off the back of a generally agreed basic idea: Gerke used dots and dashes, not doo wa diddys, Shakespeare used variations on words and concepts within a common grammar, and extended rather than replaced the vocabulary.

But to insist upon a standard being the start of the process is to assume (and with human beings and their productions, this isn't a good starting assumption) that we've got it right at the beginning.

To put it another way, standards have emerged from accumulations of activity, not the things which need to be imposed to allow that activity.

This becomes important when we start to consider the standards-making processes of our own time: specifically, the technical standards to which some of you adhere in your work (or attempt to ignore, depending upon whether you're an engineer or a programmer).

We probably know enough about Assembler to have a standard (or multiple standards perhaps) version of it: C or Java do have standards, although you're free to play with them at the edges at least.

But what about the things that we're just beginning to play with in any large sense? Cloud computing? Does that need a legally mandated standard yet? Is it even possible to have one yet? Have we been playing around with it enough yet to know what we might be able to do with it, what we might want to stop people doing with it, and do we have enough sense of the possibilities to write a standard?