Barring certain exceptions, as everyone knows, the usual way for humanity to explore other planets or astronomical bodies is that we send out sophisticated robots to have a look round, controlled by teams of humans here on Earth. 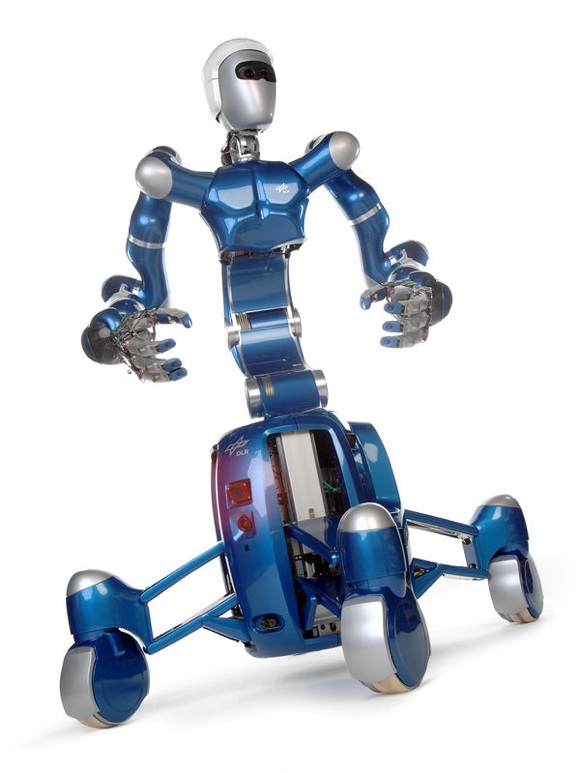 But that's boring, according to bigwigs at the European Space Agency (ESA). Just for a change of pace, they've decided to send the humans into space and keep the robots here on Earth: but the humans will still control the robots, not the other way round.

Sadly this doesn't herald the first manned interplanetary mission. It remains the case that the only space destination for humans in the near future will be the International Space Station (ISS). Under ESA plans announced yesterday, astronauts in the station's Columbus laboratory podule will use a variety of innovative interfaces to control a range of robots down here on Earth's surface. 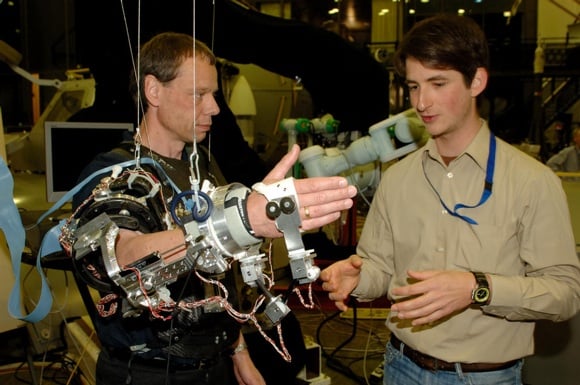 I know, let's build this rig into the robot!

Apparently the novel topsy-turvination of the usual model of space exploration results from a consultation exercise in which the ESA invited submissions on using the station and its crew to conduct experiments. Many ideas involving control of ground robots from space were sent in.

“The multitude of submissions shows the strength of the idea,” comments Philippe Schoonejans, ESA robotics honcho.

The idea of humans in space controlling robots on Earth may seem to make a mockery of manned space exploration, but in fact – assuming that people ever do travel beyond low Earth orbit – they will probably make a lot of use of robotics despite the fact that they are at or near the places they want to explore. Operations by the Space Shuttle and the ISS have been made much easier by the powerful robot arms fitted to both, and by the presence of such machinery as the station's DEXTRE robot.

Humans exploring the Moon or Mars from orbit (or from bases or colonies protected from deadly space radiation and the hostile local environment) would not necessarily be redundant: their presence would avoid delays caused by the serious comms latency resulting from astronomical distances. But the explorers might often choose, rather than suiting up and doing a job themselves, to send in the robots despite being nearby themselves.

There's more on Meteron from the ESA here. ®

Everybody's going to the Moon (and Mars): The Reg chats to ESA about 10-year plans and sending Tim back to space

In brief Also: Another One Leaves the Crust, SLS gets ready to rumble, and SpaceX sets off the 2021 fireworks