Fear of loss, a path to the dark side is

Fans of the LucasArts' MMOG, Star Wars Galaxies, are so upset by Sony Online Entertainment's decision to axe the title this December, that they claim they're planning to file a lawsuit.

Star Wars Galaxies was launched in 2003 and after several disliked updates, started to lose its popularity. Now, with the contract almost up, and its successor, The Old Republic, hitting shelves soon, the company felt the game had run its course.

According to VentureBeat, a number of players have written in, claiming they're going to sue SOE. But will the courts be with them? Alas, there's no grounds for a lawsuit, but the disgruntled minority said they'd do it anyway out of sheer frustration. 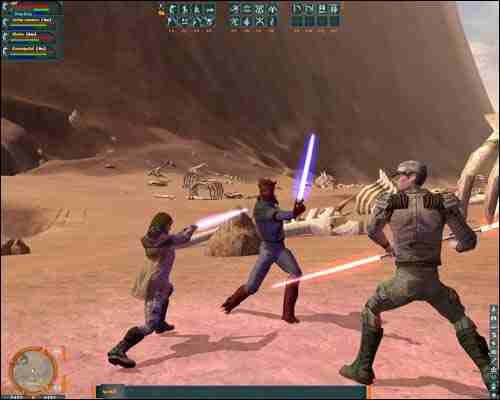 Won't give up without a fight

Over 2500 players have now signed a petition asking SOE to switch to the free-to-play model and maintain the game through sales of virtual goods.

However, SOE has locked Star Wars Galaxies forum threads that promote the petition and has the power to ban any agent provocateur, as those who play the game signed away their rights in the end-user license agreement.

Face it, guys, Star Wars Galaxies is a spent force, it's time to let it go. As a little wise green thing once said: "Always in motion is the future." ®