We're delighted to inform our beloved readers that as of today, El Reg has a dedicated Special Projects Bureau, which will henceforth be Vulture Central's nerve centre of black ops and garden-shed boffinry. 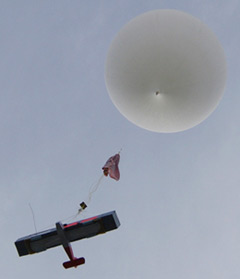 The resounding success of our our audacious Paper Aircraft Released Into Space (PARIS) project (see pic) convinced us there was plenty more mileage to be had from scientific tomfoolery, or indeed matters which require more serious staring into an oscilloscope while puffing on a pipe.

So, you'll be asking yourselves, what exactly will the SPB - as it's known to its chums - be doing for the advancement of humanity towards a better, brighter future?

Well, first up, there's the question of maintaining the UK's space programme in the form of LOHAN - the sequel to PARIS. Naturally, we're mulling once again pushing the envelope of space paper technology, but are keeping an open mind on just what form the LOHAN beast should take, and what its mission objectives should be.

We're sure you lot have an opinion on the matter, so why not give us your thoughts?

Our second aim is to present astounding reader projects to an amazed planet. We'll shortly be inviting submissions for what has provisionally been dubbed the "Reg Grand Challenge", where private individuals and companies, universities and schools will have the chance to pitch their groundbreaking experimentation for the scrutiny of the Register readership and further SPB investigation. 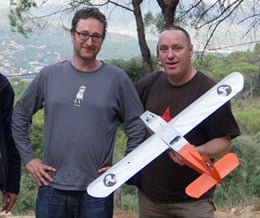 Thirdly, the SPB's crack team (seen left at the Vulture 1 recovery site) will be getting their own hands dirty with a selection of experiments conducted in our Iberian fab bunker.

The first of these will be, as promised, the construction and consumption of the Middlesbrough parmo - the nutritious snack we'll be pitching against other international delicacies in the ultimate post-pub nosh deathmatch. Watch this space.

There you have it. If you've got any suggestions as to other stuff the SPB should be reporting, investigating, or running away from at high speed, drop me a line here. Your input will be warmly welcomed. ®

Previously from the SPB...