Take a lot of acid and it might seem valuable

There has been a lot of excitement over a recent paper by Japanese researchers who have discovered billions – hundreds of billions – of tonnes of rare earths under the Pacific Ocean. Those rare earths, you will recall, are essential to so much of modern technology, from those sweet little earbuds of your iPod and the magnets in a hard drive, through to planet-saving windmills and the crystals that make an MRI machine work.

And yes, it's true, scientists have located vast deposits – hundreds of billions of tonnes of rare earths – at a depth of 5,000 metres under the ocean. The paper is here and thanks to the miracles of people with full Nature access I've been able to read it. The basic problem is the difference between what is technically possible and what is economically possible.

What they've found is that there are vast plains of silt in various parts of the ocean where there's a decent concentration of the rare earths: 1,000 to 2,000 ppm sorts of levels, a kilo or two per tonne, 0.1 to 0.2 per cent. They surmise that the cause is iron fumes that come out of the mid-ocean vents collecting and concentrating the rare earths from the seawater before falling to that ocean floor. Some of the beds of these silts are tens of metres high (up to 50 in places), according to their estimates. Yes, there's an awful lot of rare earths there.

But is it worthwhile to extract it?

However, the part that doesn't make sense, at least not to me, is how to then make this silt a worthwhile source of extraction. They're certainly correct that if you dredge it up then wash it in dilute acids then you'll get a nice concentrate of the mixed rare earths. Easy enough to cut the salts out of that and dump your old acid over the side along with the 99.9 per cent of the silt you don't want any more (hey, we're in mid-ocean here!).

However, a concentration of 1,000 to 2,000 ppm isn't actually anything all that much to write home about. That red mud which went splat over Hungary has about the same sort of concentration. As does the other 40 to 80 million tonnes a year produced, including the 2 billion tonnes lying around in ponds. We've known for decades that we can extract the rare earths from this stuff: wash it in acid and get a nice solution of the metals. However – and here's the problem – you have to use so much acid that you can't make a profit doing this.

I say this not just on the Friedmanite basis that hundred dollar bills don't appear on pavements: for if they did someone would already have picked them up. It isn't that no one does this as yet, which would prove that it can't be done. It is that people have tried to do this (at least I have, in Greece, a couple of years back) and have found that the cost of getting the materials out is more than people will pay you for the materials you've got out. And this is a nice fine silt lying in ponds at ground level, silt which people will pay you to take away, not silt you've got to lift through 5,000 metres of salt water. 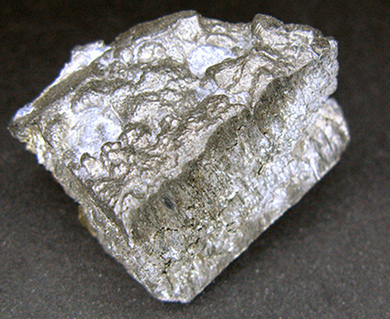 Yttrium and other rare earths are apparently nestling on the sea bed...

It is possible to make the red mud thing work: by taking out some of the other valuable metals first. In this way, the extractor shares overheads over multiple income streams, plus concentrating the rare earths further, reducing the acids and reagents needed and thus making it all cost effective. Send me $20m and I'll build a plant to do this. But our Japanese researchers are going to run into exactly the same problem. Extracting just the rare earths at such concentrations costs too much. So, what else can they extract to defray those costs?

I don't know – and having read their paper, I don't think they do yet either.

There's a linguistic distinction used in the mining industry, the one between dirt and ore. Your veg patch and the North Sea bed both contain gold and uranium, but they're still just dirt really. Extraction would cost more than the value of what is extracted. If we can extract the metals at less than the price we'll be paid for them, then, and only then, the dirt transforms into ore.

So far, at least as far as I can see, the researchers have just found a very large amount of rare earth containing dirt, not an ore. ®