When Oracle bought Pillar for £zilch

Is Pillar's fate its opportunity?

Comment It was a telling omission when Oracle introduced a storage guy to talk about why Pillar Data was such a great acquisition. It wasn't Mike Workman, Pillar's CEO and founder, but Phil Bullinger, Oracle's SVP for Disk Storage.

Contrast that with Dell parading Phil Soran, Compellent's CEO, when it bought that company, or HP showing off 3PAR's David Scott when it bought his company. Mike Workman was banished from Oracle's stage.

The history of Pillar

Pillar is Mike Workman's baby. It's a carefully crafted product with Workman's hands-on management style all over it, including in its marketing and sales. He's a no-bullshit, hands-on chief exec with the down-to-earth style of an experienced disk storage engineering guy who's been around the block a good few times, some with Big Blue, and knows the score.

Typical of this was his insight that, yes, you needed to short-stroke drives for performance, putting high-access data on the outer tracks of a drive where they got the fastest access, but there was no need to waste the inner tracks: you could put low-access rate data there, getting a nice balance between speed and capacity. No waste that way and elegant engineering.

The whole point of storage is to deliver data, stored cost-effectively, to applications in a dependable and appropriate way. So he developed Axiom array software to do just that, with storage quality-of service levels and application-aware storage profiles specifying how fast apps got data and how it was protected. Customers liked that focus, that sense that Axiom was a data storage tool designed and built by a man who knew about storage tools.

Workman is a polymath. He appears to have few problems with the work/life balance issue, being a family man, a skilled underwater photographer, a respected amateur fireworks technician, and the operator of his own winery. Oh, and by the way he runs, he ran, a storage company. 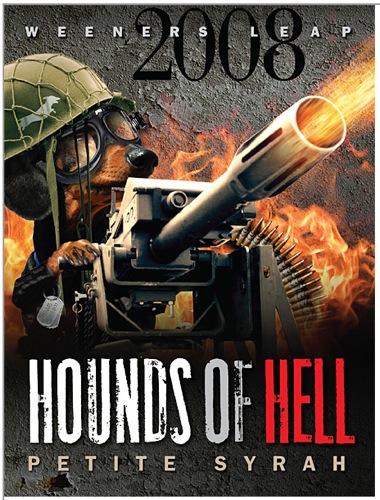 Stencilled on the flat roof of Pillar's San Jose HQ is a silhouette of Clams, his weiner dog (miniature dachshund). Workman is far, far removed from the image of the young entrepreneur chasing the fabled Silicon Valley start-up dream, and some would say the dream has eluded him and his company.

The timing was good for Pillar's creation 10 years ago. There were other storage startups adding their own secret sauce, both software and hardware, to make disk arrays do more yet cost less and be easier to manage. Workman's bad luck was to end up competing with two companies that did it better in their markets. Both were run by experienced guys too and had, it has been suggested, better all-round executive teams than Pillar.

David Scott was the British CEO of 3PAR and it had a hardware-accelerated InServe array positioned as a very, and I do mean very, easy to manage high-end product that was popular with IT service providers. Scott focused 3PAR on this and had effective marketing plus he focussed a lot on the revenue bought in by his regional sales people and their reps. Quite a few were shown the door. Scott was a skilled champion for his company with a mischievious and scalpel-sharp way of talking to customers' execs about the competition, namely EMC or, as he put it, Emit More Carbon. This was not something Workman, with his more down-to-earth approach, could emulate.

There was no effective way Pillar's Axiom could match 3PAR's high-end box. Nor could it match the box produced by Phil Soran, Larry Aszmann and the other members of the founding team that built Compellent's Storage Center into a devastatingly effective array for the mid-range. Compellent competed with CLARiiON and 3PAR with the DMX and both became the leading SAN competitors to EMC in these areas, leaving Pillar to pick up crumbs in the sparsely-populated ground between these two great companies.

And crumbs was all Pillar got. While 3PAR and Compellent powered their way to multi-million dollar acquisition exits for their VC backers and founders Pillar struggled to get traction. In 10 years it sold just 1,500 systems to around 600 customers. These customers loved the product and the company; there just weren't enough of them.

Oracle says it has 20,000 customers for its Engenio-based SAN array, now sourced from NetApp, and will continue to sell and support [the Engenio arrays] for the foreseeable future. There are more than thirteen Oracle Engenio customers for every Pillar customer.

The truth of it appears to be that Mike Workman and his team did a fine job, but 3PAR and Compellent did an even better one.

Pillar, acquired for nothing, not one dollar, not a cent.

Next page: Worth nothing, now
Page:
Tips and corrections
2 Comments