Come on, HP. Buy the thing. Then buy Red Hat

EnterpriseDB – the entity that sells an extended version of the open source PostgreSQL database as well as commercial-grade support for that software – is sitting pretty.

At just the moment that Hewlett-Packard is embroiled in a lawsuit concerning Oracle's cessation of development of its database, middleware, and applications on future Itanium processors – and therefore on current and future releases of the HP-UX variant of Unix from HP – EnterpriseDB is for the first time rolling out support for HP-UX with its PostgreSQL Plus Advanced Server 9.0 database.

The timing for official PostgreSQL support is not coincidental. In fact, according to Karen Padir, vice president of products and marketing at the upstart database distributor, says that HP approached EnterpriseDB in January or February, before the Itanium issue erupted between Oracle and the server maker but after Oracle had acquired HP Unix rival Sun Microsystems and former HP CEO and chairman Mark Hurd had moved to Oracle as co-president and the gloves had clearly come off between these two former partners.

HP and EnterpriseDB were working on formal support for HP-UX/Itanium platforms at the request of a number of HP customers, not because of any specific knowledge of what Oracle would do only a few weeks later in March.

The open source PostgreSQL database has long-since run on HP-UX systems with PA-RISC or Itanium processors for years, and indeed, according to its platform release notes, the open source version can be loaded and just about anything that looks or smells like Unix or Linux as well as Windows.

You can build PostgreSQL 7.3 or higher from source on HP-UX 10.X or 11.X versions on either PA-RISC or Itanium machines, provided you have the right compiler tools. This sort of thing is fine for a hyperscale Web company, but corporate data centers running business applications are not that bunch when it comes to software. They like binaries for target platforms and lots of hand-holding for patching and for when things go wrong.

This is where EnterpriseDB comes in, providing commercial support as well as some features that are not available in the open source PostgreSQL that justify paying for a support contract.

EnterpriseDB sells two versions of its database. Standard Server is a hardened version of the open source PostgreSQL code, which is open source like PostgreSQL itself, while Advanced Server has a bunch of add-ons, including an Oracle database compatibility layer, that are not in the open source program. That Oracle compatibility layer, by the way, was licensed by IBM to embed in its DB2 9.7 database and was independently licensed by data warehousing appliance maker Netezza as well before Big Blue bought the company last year. 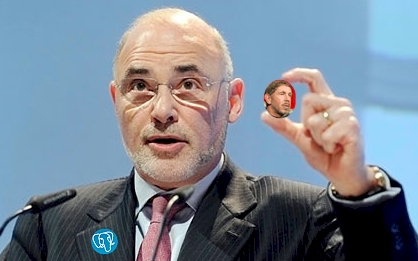 The PostgreSQL Plus Advanced Server 9.0 includes the seventh generation of this Oracle database skinning technology. EnterpriseDB has been supporting Oracle's PL/SQL language, which is used to create triggers and stored procedures that get embedded in databases, for years now, but with the 9.0 release of Advanced Server, EnterpriseDB now supports Oracle's Pro*C embedded SQL programming language, which converts SQL to C or C++ and then compiles it down to the iron to run fast and thwack against the database.

Two of the six core people working on the PostgreSQL project work at EnterpriseDB, and Padir says that the company is absolutely undaunted about its ability to port Oracle databases to Advanced Server and point existing applications at its database management system instead of Larry Ellison's. Over the years, the company has developed an Oracle migration assessment that scans the databases, scripts, and code to reckon how hard of a port a customer is facing. The assessment has a scale from 10, dead easy, to 1, this will cause some sweating. "We get a lot of 7s," explains Padir. "But we have the expertise and we can do just about anything if a customer wants it."

With Advanced Server 9.0, EnterpriseDB also includes a parallel database loader, which can reduce the load time by a factor of nine, depending on the hardware configuration. Advanced Server already had a tool called xDB to replicate data directly from Oracle databases to PostgreSQL databases, and with the 9.0 release, now xDB can similarly replicate to Microsoft SQL Server databases.

The PostgreSQL community has also cooked up built-in replication and hot standby database clustering that is analogous to the Dataguard feature for Oracle's databases, and the Infinite Cache implementation of the memcached caching server running atop PostgreSQL has been tweaked to allow for server nodes to be added to the Infinite Cache cluster without having to halt the caching servers. 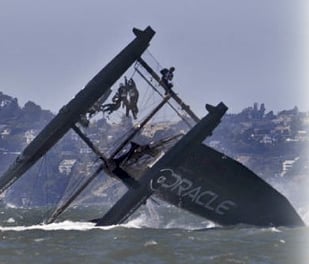 EnterpriseDB wants to take the wind out of Oracle's sales

The HP-UX support is available in both the Standard and Advanced Editions of PostgreSQL Plus, so you don't have to go full-in to run the PostgreSQL database on HP-UX. Padir tells El Reg that the database will scale well up to 24 cores, and HP and EnterpriseDB are working to extend that further. While the open source PostgreSQL code will run on PA-RISC or Itanium iron with wither HP-UX 10.X or 11.X operating system versions, EnterpriseDB is only supporting HP-UX 11i v3 Update 1009 and only Itanium-based Integrity servers with PostgreSQL Plus 9.0.

Support for Oracle's and Fujitsu's Sparc platforms running Solaris 10 is coming this summer, and AIX support has not been done formally. (EnterpriseDB did a port of its Advanced Server to Linux on Power and even beta tested it, but it has not been productized yet.) Red Hat Enterprise Linux 6.X, Centos 5.X, SUSE Linux Enterprise Server 11, Canonical Ubuntu 10.04 LTS, and Microsoft Windows Server 2008 R1 and R2. The Windows versions, by the way, as 32-bit builds.

Rather than messing around, HP should buy out IBM's stake in EnterpriseDB and just finally get itself a database of its own to sell. Apotheker has software aspirations, and while he is at it, he should get serious and buy Red Hat, too. That would give HP the operating system, middleware, and database options to counter both Oracle and IBM. While EnterpriseDB has grown decently, from 75 customers in 2006 to nearly 800 by the end of last year, it could grow a lot faster with the HP R&D and sales channel behind it. Buying Red Hat is just obvious. ®