Transformers: Dark of the Moon

Review Last year's War for Cybertron salvaged Transformers from gaming's scrapyard. While still not fully realising the potential of the IP, High Moon Studios' game combined reverential treatment of the fiction with solid controls and decent gameplay to mark a high point for the franchise. 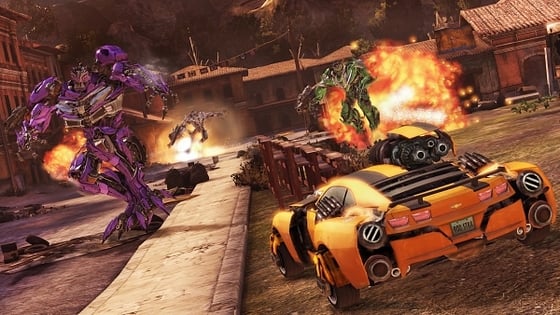 Step on it, or someone'll step on it

You'd think it would be easy for High Moon to build upon those foundations to make a half-decent and entertaining follow-up, especially one based on a movie constructed around giant transforming mechs and mesmerising CGI-set pieces. But you'd be wrong. Dark of the Moon falls foul of one of gaming's oldest curses: the movie tie-in.

On this occasion, the source material isn't at fault. Michael Bay's third Transformers film might be an unmitigated stinker, with computers seemingly generating the one-dimensional plot and dialogue as well as the three-dimensional effects, but the game is based on events leading up to the movie, rather than the egregious movie itself. You can't even blame Shouty LaBouef or double-barrelled knickers mannequin Rosie Huntington-Whiteley, neither of whom, thankfully, feature in the game. 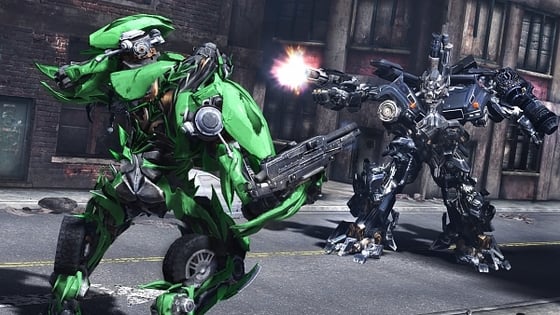 The only commonality, then, is one of vacuousness. A mindless emptiness fills Dark of the Moon. All War for Cybertron's good work in narrative and gameplay is undone. Its neatly weaved parallel Autobot and Decepticon story threading is replaced by disjointed chapters featuring the usual prominent Transformers in specific, thinly-connected missions.

Whether you're infiltrating a Decepticon hideout to eavesdrop on their communications or rescuing Shockwave from his cryogenic prison, missions are largely indistinguishable, save for their settings and threadbare expositions. The same repetitive combat and uninspired level design is repeated again and again throughout the woefully short five-hour campaign. 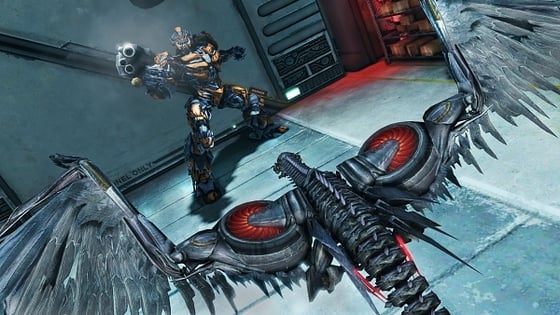 The Transformers themselves are also virtually indistinguishable. Bumblebee's sports car might be faster than Megatron's truck, and Soundwave's sonic gun more powerful than Warpath's Assault Rifle, but you'll hardly notice in a game that doesn't bother to explore those differences.