Microsoft's head of strategy is stepping down from the company.

Senior vice president of strategy and partnership Hank Vigil is leaving Microsoft to advise early-stage startups and focus on investing, according to All Things D.

Vigil worked with Microsoft chief executive Steve Ballmer and the rest of the company's senior leadership team in developing and managing acquisitions, investments, and strategic relationships. Vigil is leaving Microsoft in the fall, but will remain a "strategic advisor".

Microsoft did not immediately respond to a request for comment, but All Things D includes an email allegedly sent by Ballmer to staff announcing Vigil's exit. The story appeared on the eve of the long July 4 weekend, when most of America was taking time off for BBQ ribs and sunburns.

Vigil is credited with leading the teams that negotiated partnerships with Facebook and Nokia, and he worked with Microsoft's lead counsel, senior vice president Brad Smith, to "manage the rebuilding and restructuring" of relations with Sun Microsystems, Novell, and Real Networks.

Microsoft is a Facebook investor, and it has integrated Mark Zuckerberg's social network with its Bing search engine. Last year, Nokia made Windows Phone its strategic smartphone operating system of choice, dumping Symbian.

In 2005, with Microsoft working from the same playbook, the company came to an agreement with media player maker Real Networks. This saw Real drop its antitrust suit against Microsoft, as Redmond agreed to pay Real Networks $301m and cooperate with the company in the online music business. 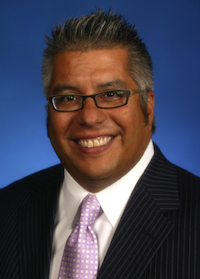 In 2006, Microsoft made nice with Novell. The pair signed a five-year technology cooperation agreement to make Windows and SuSE Linux work better together. Microsoft agreed to pay Novell $240m for 350,000 subscription coupons of SUSE Linux Enterprise Server, and - most controversially - Novell accepted a patent indemnification agreement from Microsoft, wherein Redmond agreed not to sue SuSE customers over any claimed violations of Microsoft patents by the distro.

Vigil also pushed Microsoft's TV strategy, negotiating alliances with US cable and content giants Comcast and Warner Cable. Before all this, between 1990 to 1995, Vigil was director of marketing for desktop applications, which meant he guided the overall marketing and business strategy for Microsoft Office, Word, and Excel. ®