Obituary Len Sassaman, a cryptographer and security researcher of high repute, has died aged 31. Sassaman maintained the Mixmaster remailer and he contributed to various other privacy projects, including OpenPGP. He also co-founded the annual CodeCon conference with Bram Cohen. He was security researcher and doctoral student at the Katholieke Universiteit in Leuven.

Len was a friend and roommate in San Francisco, in the year following the dot.com crash. The Register's West Coast Bureau at the time was wherever I happened to be – Len provided a mascot.

It was a dire time for bright programmers. It got even worse after 9/11. Bram had been turned down for a job at Google because he didn't have a degree. Neither did Len. The pair persuaded Jamie Zawinski to open his DNA Lounge club during the day over one weekend, and invited practical demonstrations of working code from interesting people.

"Conferences cost a ridiculous amount of money, and hackers are treated like dirt," said Bram. That was the first CodeCon, and it was Len's energy and enthusiasm that pulled it together.

He'd already helped organise the campaign to free Dmitry Skylarov, a Russian cryptography student jailed at the request of Adobe after a demonstration of eBook security. 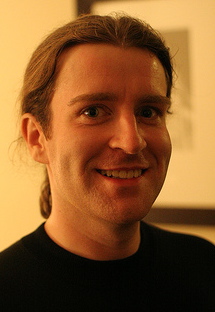 I had assumed Len was in his late twenties or early thirties; he was so widely read, and psychologically astute. I was shocked to learn he'd just turned 21.

He introduced me to the cypherpunks at one of their regular meetups at Stanford. I introduced him to Robert Anton Wilson, the author of the Illuminatus trilogy, and his favourite author.

One beautiful autumn afternoon, we drove in Len's sports car at breakneck speed down from Golden Gate Park to Aptos, where Wilson lived. The car's already overturned once, he said, but don't worry about speeding tickets. He showed me a Get Out of Jail Free card, which he assured me would work magic.

Some brilliant people are irritated by dumb questions. I learned a lot from Len, who was always a patient explainer. We were last in touch a year ago, when he was enraged at the entrapment of Bradley Manning. Len realised I hadn't met his wife Meredith, and renewed an invitation to Leuven.

They say when you turn 30, you realise how trivial conversations have been. And when you turn 40, you stop giving a flying fuck about how you should appear. Len's best years were ahead of him, and his departure is a terrible loss.

Leonard Harris Sassaman will be laid to rest on Saturday, 9 July, at noon at the De Jacht cemetery in Heverlee, Belgium. There will be a graveside ceremony and the public is invited – [via tcannoy]. ®

Andrew welcomes your recollections of Len by email.