RISC chip choice is a no-brainer

While everyone in the IT racket is trying to figure out how many Intel Xeon and Atom chips can be replaced by ARM processors, Steve Furber, the main designer of the 32-bit ARM RISC processor at Acorn in the 1980s and now the ICL professor of engineering at the University of Manchester, is asking a different question, and that is: how many neurons can an ARM chip simulate?

The answer, according to Furber's SpiNNaker project, which is being done in conjunction with Andrew Brown of the University of Southampton, is that an ARM core can simulate the activities of around 1,000 spiking neurons. And the SpiNNaker project is going to attempt to build a supercomputer cluster with 1 million processors to simulate the activities of around 1 billion neurons. Depending on who you ask – and who you are talking about, how old they are, and how much drinking and brown acid they have done – the human brain has somewhere on the order of 80 to 90 billion neurons. So even with the impressive million-core SpiNNaker machine, Furber and Brown are only going to be able to simulate about 1 per cent of the complexity inherent in the human brain. 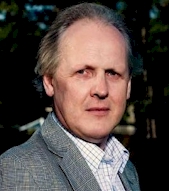 As Furber and Brown explain in their paper (PDF) describing the SpiNNaker project, they hope that by creating a silicon analog, they can simulate a more sophisticated neural network (including the spiking behavior that gets neurons to cause other neurons to fire and thus performing the data storage and data processing inside our heads) and get a better sense of how the brain really works. Something funky is taking place between the low-level function of a neuron, which is pretty well understood according to Furber and Brown, and the larger scale of the brain itself, which we can watch with magnetic resonance imaging. And it is not just thinking about sex, either. But the suspicion is that cognition has to do with the cumulative spiking effect between large numbers of neurons.

"Of greatest interest in this work is, of course, the fundamental question of how concurrency is exploited in the biology that we are trying to model," the two researchers write. "The brain is itself a massively-parallel system comprising low performance asynchronous components. Those components, neurons, operate at timescales of a millisecond or greater, and the primary means of information exchange is through the emission of electrical 'spike' events. These spikes seem to carry no information in their amplitude or impulse, they are pure asynchronous events that carry information only in the time at which they occur."

So where is information in the brain encoded? The oldest theory, say Furber and Brown, is that the spiking rate of a neuron is where data is encoded, but this theory, they say, doesn't hold water. There is some speculation that data is encoded in the order in which populations of neurons fire, and this, among other things, is what the researchers hope to put to the test as they simulate a 1/100th scale human brain on a million ARM cores.

Next page: ARM choice is a no-brainer
Page: