Adaptec, the adapter company that vanished down the Steele Partners plughole, exists as a RAID controller operation and brand inside PMC-Sierra. And now it has announced the "Adaptec by PMC family of Series 6E RAID Controllers", which are entry-level controllers given a performance-enhancing drug – DRAM cache. 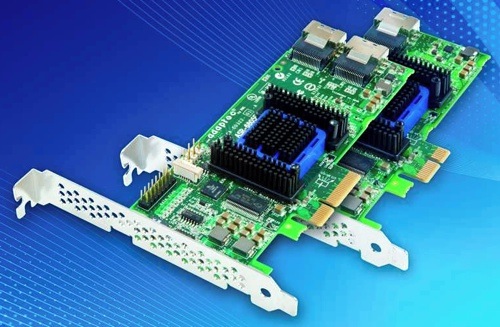 The two cards have an LP/MD2 form factor and PCIe host interface, x1 for the 6405E, and x4 for the 68-5E – giving it higher throughput. They both have 128MB of DDR2-800 RAM and are compatible with other Adaptec Series 6 RAID controllers. These cards should fit right into customers' existing Adaptec RAID card deployments.

They are available from Adaptec distributors and resellers, now with suggested retail pricing ranging from $200 to $275. ®