Taxing CO2 without hitting the less-well-off

Comment So Oz has finally announced the details of its carbon tax plan, and actually, compared to the normal dogs' dinners that come out of the political process, it's not all that bad. Must be something to do with the way that the Green Party only gets to influence it rather than actually write it. 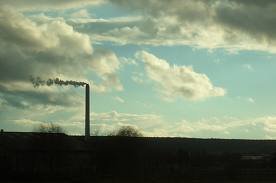 For those who want the full experience, it's here.

Yes, it is larded with various nonsenses. The politically powerful groups (various miners, the iron industry, farmers) don't get hit very hard at all. Farmers don't have to pay anything at all under the carbon tax plan, various large companies and interests get the proposed emissions permits given to them, not sold to them. There's all the usual guff about "community" projects – and even what looks like a revival of the recent home-insulation programme. You know, the one where every bodger with a nail gun went out to staple foil to houses. Killing four installers, costing $1bn and requiring 50,000 installations to have it stripped out or done again.

However, having said that, it is vastly better than any of the plans which have been rolled out in Europe or the US (yes, various states have done something, even if the Feds have not done much). And it's this:

Because the carbon price raises revenue, it provides an opportunity to cut other taxes.

Finally, someone, somewhere, gets what economists have been screaming about for years. That it is a Welsh ginger woman turned colonial is just one of those things, but finally someone has.

This obviously isn't going to be very comforting if you don't think that CO2 emissions are a problem, if you don't believe in this whole global warming thing. But just for the sake of argument, for a moment, pretend that you do. The economic argument is that such emissions are an externality to the markets: people aren't including the costs of emissions in their decisions because they don't face those costs in their decision-making. The solution to this is to make those costs apparent in the prices consumers do face when they make their decisions.

This is known as Pigou Taxation, after its inventor, Arthur Pigou, back in the 1920s. Yes, Pigou was a mainstream economist, not some environmentalist hippy, he was Prof of Economics at Cambridge and the man who got Keynes into the subject. It's also what the Stern Review said we should be doing: whatever the external costs of carbon emissions are, tax them by that amount.

Note that what the tax the government raises is spent on isn't part of this solution: it's by changing prices that it works its magic, not by using the tax in any specific way. So no, the government doesn't need to spend the cash raised on windmills, or compensation to sinking islands: it can do what it likes with it, in fact.

Further, there's no reason at all why dealing with climate change should mean a higher general level of taxation in the UK. We just need to fix prices, not tax people more in general. So, what we can do therefore is tax these bad things, emissions, and get some dosh... What we can do with the dosh is stop taxing good things, like the incomes of the low-paid. Which is exactly what this plan proposes and what makes it better than any of the other plans yet instituted.

It actually, at its heart (despite the nonsenses listed at the top), grasps the essential economic point about carbon taxes. Yes, tax carbon emissions, and tax something else less.

I need to go and have a little lie-down. The fact that someone is actually listening to economists on the economics of dealing with climate change is such a shock. ®