A Chip for a BJ

Apple's top patent lawyer will soon exit the Cupertinian mothership, according to reports. As is usual with such high-profile departures, the question arises: did he jump, or was he pushed?

The imminent departure of Richard "Chip" Lutton was reported on Tuesday by Reuters, citing the ever-loquacious "sources familiar with the situation". 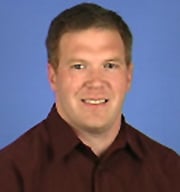 If Reuters is correct and Lutton is, indeed, about to depart, an argument could be made that he may have been a victim of Apple's recent patent-infringement settlement with Nokia – the end of a patent fight that had been going on since 2009.

With Apple agreeing to pay royalties plus an undisclosed – and likely quite lumpy – lump-sum payout to the Finnish phonemaker, it's not likely that Lutton was the toast of One Infinite Loop's executive water cooler crowd.

Alternatively, Lutton may have simply felt battered by the torrent of recent Apple patent acquisition and litigation activity, from the $4.5bn Nortel patent purchase to the recently re-revved HTC dispute to the Samsung look-and-feelie "battle of reounded corners", and more.

Amid all of Apple's patent turbulence, Lutton may have voluntarily taken his cue from the exquisite Panamanian pugilist Roberto Durán, and simply said "No mas, no mas."

Lutton's LinkedIn profile still lists his current position as Chief Patent Counsel at Apple. However, HP's former VP and deputy general counsel for intellectual property and licensing, the unfortunately named BJ Watrous, now lists on his LinkedIn profile that he has been Apple's VP and "Chief IP Counsel" since last month.

Godspeed, BJ – you've just walked into a buzzsaw, with a boss who loves to pull the lever labeled "ouch". ®