Wants a piece of that Soho pie action ... mmm

SOHO, SOHO, it's off to work we go... Western Digital is using Windows Storage Server to build a small office storage offering.

The SMB storage market is set to grow faster than the general IT market and WD wants a piece of that pie. WD will base its SOHO (small office, home office) offering specifically on Microsoft's Windows Storage Server 2008 R2 Essentials but, beyond that, it is not saying much at all. 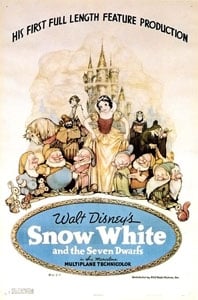 Windows Storage Server is a network-attached storage (NAS) server product that supports up to 25 users in an appliance-style environment.

What does this mean in practice? Here's our thinking:

As an example of potential channel conflict, Iomega ships its StorCenter px4-300d network storage box with four bays and 3TB drive support. There is a 6-bay version of this desktop form factor product, and also 4-bay and 12-bay rackmount versions. If WD goes head-to-head with Iomega, EMC's SMB storage arm, then EMC may not take kindly to that.

We think in general that, for WD, retail sales are okay-ish, but either rackmount product and/or channel sales could cause problems with those channel guys building similar product using WD drives. ®