Take it into the shower

Sony has restyled its Walkman W series, its wearable MP3 player that's now washable too - the company has the notion you won't take it off after running, you'll wear it in the shower too - 25 per cent lighter, and gains the word "Sports" to increase its sales appeal to the sedentary. 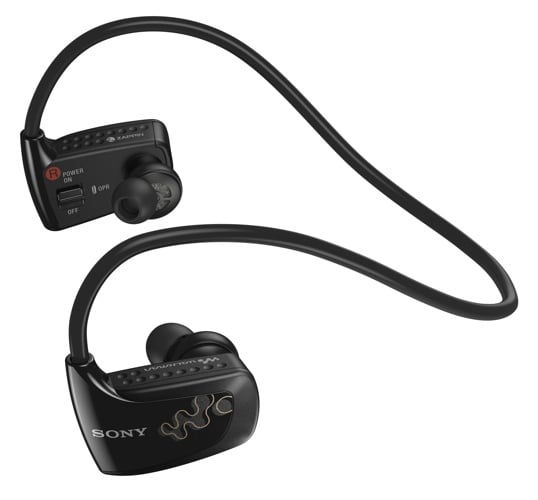 Aspirational? Sure is. Sony says the NWZ-W260 is "designed for active lifestyles", which would normally rules out a large proportion of our increasingly overweight population, but as you know, many Brits believe merely donning jogging pants and soccer shirts turns you into an olympian.

Gives you something to listen to as you waddle slowly to the nearest burger joint, we suppose.