The verdict from latest "Do mobile phones fry your brain?" study is in, and the answer is a resounding "Nope".

This new study was a monster: based on data from 2.8 million Danes, it studied the comparative likelihood of long-term users, newer users, and non-users of mobiles coming down with a non-cancerous form of brain tumor.

No group showed an increased tendency toward developing that tumor, known variously as an acoustic neuroma or a vestibular schwannoma – which to our ears sounds vaguely like a Yiddish vulgarity.

The non-cancerous nature of the neuroma doesn't effect the results of the study. "Of interest is [determining whether] acoustic neuromas grow in the area of the brain where greater energy emitted from the cellphones is absorbed, compared to other areas of the brain," the study's leader Joachim Schüz told Reuters.

What Schüz and his team discovered is that out of the 800-plus such tumors they discovered in those 2.8 million Danes, there was no correlation between mobile-phone use and neuromas. Nor did longer-term mobile-phone users – more than 11 years – have larger tumors. Nor did the side of the head to which they held their phone have any bearing on the tumors' position.

Mobile phones aren't out of the woods quite yet, however. Since the type of tumor Schüz and his team were studying tend to grow slowly, they may take years before they manifest symptoms such as ringing in the ears and dizziness. 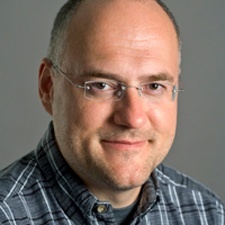 "As most cellphone users started their use only from the early 1990s onwards," Schüz say, "we have only up to 15 years of observation time of larger numbers of users – which is perhaps too short to see an effect, if there is any."

Schüz is connected with the World Health Organization's International Agency for Research on Cancer (IARC). And yes, that's the same IARC that less than two months ago classified mobile-phone usage as "possibly carcinogenic to humans" – along with coffee and Asian pickles.

The most accurate thing to say about the debate over mobile-phone usage and its relation to brain tumors is "Who the |=\_/(|< knows?" Proponents on either side of the argument can find studies to bolster their opinions – there's even one Swedish study from last decade that contradicts Schüz and Co, finding "an increased risk of acoustic neuroma associated with mobile phone use of at least 10 years' duration."

Schüz's study is just one more bit of data to ether convince or fail to convice believers and skeptics. If you want decide for yourself, the research team's article, "Long-Term Mobile Phone Use and the Risk of Vestibular Schwannoma: A Danish Nationwide Cohort Study", can be purchased online for $40 from the American Journal of Epidemiology – the same publication in which you can also find Schüz's earlier page-turner, "Location of Gliomas in Relation to Mobile Telephone Use: A Case-Case and Case-Specular Analysis". ®

Something for the Weekend Where should I sit? 'Don't bother me with details, just do it'
Personal Tech1 Jul 2022 | 23

On Call Why would you make carbon copies with a laser printer?
Networks1 Jul 2022 | 49