On counterfeits, fakes and Apple stores

Some stories are so unusual, you immediately wonder if they're too good to be true. On Tuesday, a Western NGO in China posted a remarkable tale, reporting that ingenious Chinese retailers in a medium-sized provincial city called Kunming had cloned an Apple Retail Store, faithfully reproducing the staff T-shirts, furniture, display material, and name tags.

And they hadn't just cloned one Apple store, but several, she insisted. And cloned them so successfully, the staff there believed they were working for Apple. A quick check with the Apple website confirms there are only five official Apple Stores in the PRC: three in Beijing and two in Shanghai. Kunming doesn't even make the Top 20 of the most populous Chinese cities.

The tale has been credulously reported around the world. The Guardian's blog has no doubts: "China's fake Apple stores: photos", with the subhead telling us, rather bossily, "Don't think for a minute that Apple will let this one go". It was "an astonishing piece of extreme bootlegging", according to Jemima Kiss.

"This fake Apple store clearly took a significant investment, which means there must be serious money to be made by trading off the Apple brand. And Apple will expect to reap every penny of that itself."

But another 10 seconds with Google would reveal that in China, as in the UK and many other countries, Apple has a network of authorised resellers. Apple lays down very strict guidelines on how the resellers must present the gear. The sales material is Apple's, and the specifications are extremely precise. And to be an Apple "Premium Reseller", you have to look a lot like an Apple Apple Store, but naturally, you can't call yourself one. There are hundreds of these, with Apple manufacturer Foxconn's brother Gou Tai-chang planning 100.

Kunming has one too – but its not one of the three named by the NGO worker, according to the Apple retail blog ifoAppleStore.com.

Now we can't officially confirm that the three stores quoted by the blogging NGO are or are not authorised resellers – perhaps Reg readers can help out here. We've an urgent appointment with a pint. But we know someone who has: has taken a much more critical look at the evidence, done some cross checking against the official list, and found that none of the three that are pictured are resellers. Even this isn't quite conclusive, as Apple China pages are at sixes and sevens; for example, the Chinese language page reports four official Apple Stores and the English language page counts five. New resellers are popping up all the time, so perhaps Reg readers could corroborate. 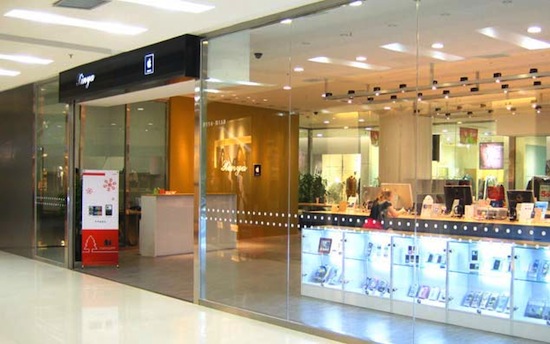 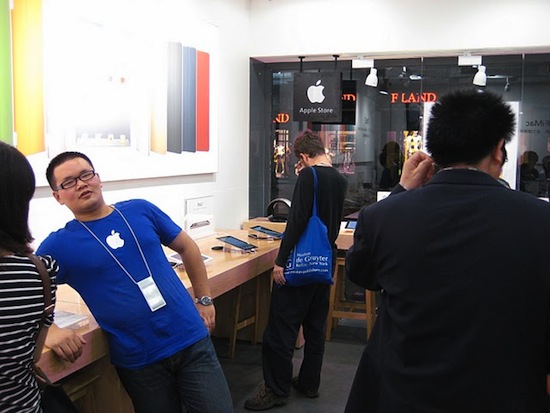 It's no surprise that rival resellers should model the Apple retail experience so closely. The story becomes less of one about the cunning ingenuity and audaciousness of the Chinese, and a much more mundane one about competitive retail practices.

Think of it like this: if you had a Jaguar showroom, anywhere in the world, would you operate from a dodgy lock-up and advertise it with a hand-painted sign? I thought not. You'd want it to look as slick and expensive as the real thing. I'm not sure why we expect Chinese Apple resellers not to do so, too. ®