Review In recent years aerial combat games have been in free fall. The genre stalled after the seminal Il-2 Sturmovick and has struggled to pull out of a seemingly irrecoverable nosedive. But, contrary to their dubious quality, the continuing popularity of the Ace Combat and Hawx series proves interest remains sky high for the genre. 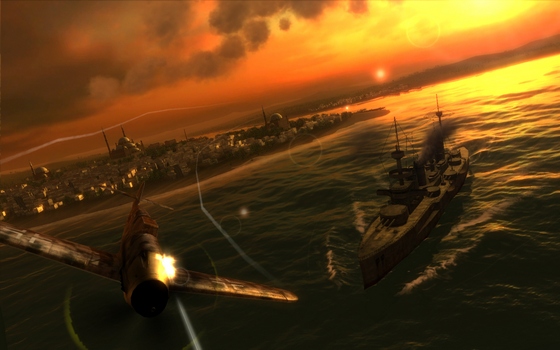 With no sign of Hawx 3 on the horizon, and with Ace Combat: Assault Horizon not expected until October, the skies are clear for Air Conflicts: Secret Wars to gain temporary air supremacy. Essentially an update of Slovakian developer 3DIVISION's five-year old PC title Air Conflicts, Secret Wars is a WWII arcade-style dogfighter in which you play as Dorothy 'DeeDee' Derbec, a pilot for hire embroiled in the European Theatre of the global conflict.

Told through comic-book cutscenes and in-flight radio chatter, the game's Saturday matinée narrative places you in a wide range of WWII's lesser-known Partisan engagements, such as aiding the Maquis' sabotage campaign and supporting the Polish Armia Krajowa in Operation Belt. Spread across 49 campaign missions, you'll undertake practically every objective imaginable, from protecting supply trains and escorting bomber convoys, to carrying out stealth reconnaissance and shooting down paratroopers jumping out of enemy transports. 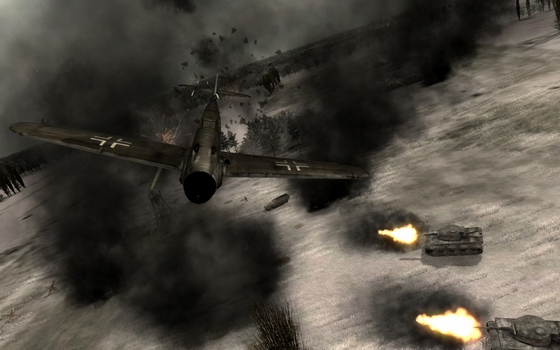 Smoke on the war tour

But while Secret Wars' varied missions prove both competent and generous, the variety of planes on offer exposes the game's greatest weakness. Apart from a couple of noticeably slower bombers, the sixteen iconic fighter planes are virtually indistinguishable. Other than weapon loadouts, you simply won't notice whether you're flying a Spitfire or the jet propelled, delta wing Horton-Ho 229, so similar are their flight speeds and handling. The game also fails to convey any real sensation of speed, and your speedometer is constantly betrayed by the achingly slow passing of trees and buildings underneath.

It's not the only disappointing discrepancy in flight dynamics. There's no rudder to control yaw, limiting angles of rotation to pitch and roll. And there's a constant, overbearing abuse of stall dynamics. Based on speed rather than, correctly, the critical angle of attack, even minor deceleration in level flight invariably ends in a stall. Nowhere is this more apparent than at the permanent invisible ceiling of around 1,400 metres in altitude, which contrives to hem you into the prescribed combat zone by stalling your plane regardless of speed and pitch. 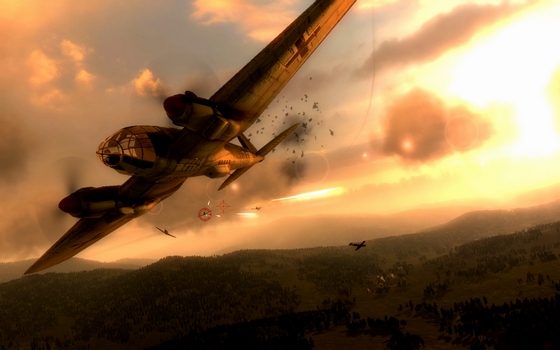 Fortunately, stalls are as forgiving as they are excessive, and, even at extremely low altitude, they're easy to pull out of with additional thrust. But the closer you get to the ground, the more another weakness looms into view.

Next page: Up the engine
Page: