Review You can argue all you want about the merits of the various mobile operating systems but it’s undoubtedly Android that has put smartphones into the hands of the impecunious masses and in numbers that would have been inconceivable just eighteen months ago. 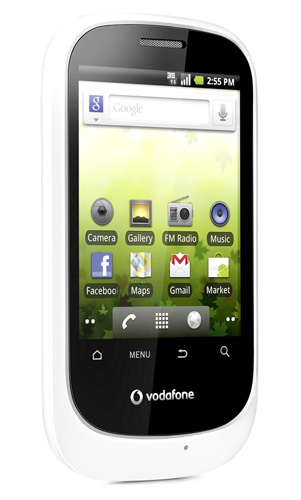 The new king of the cheap charlies is the Vodafone Smart or Huawei U8160 to give it its manufacturer designation. This pound shop special runs Android 2.2 and has a capacitive screen but will only set you back £75.

That’s nearly 20 per cent less than the price of the Orange San Francisco, né ZTE Blade, which will lighten your wallet to the tune of £99 plus a mandatory £20 credit (£119 altogether). Buy online and Vodafone doesn't demand an airtime purchase as a condition of sale.

Naturally, certain sacrifices have been made to get the price that low. The screen only measures 2.8in corner to corner, the pixel count is a meagre 240 x 320, the chip ticks over at just 528MHz and only has 256MB of RAM to play with.

Lightweight, but a little on the chunky side

Storage is an equally slight 512MB of which only around 130MB is available for apps though you can eke this out by dumping larger applications onto the 2GB MicroSD card that Vodafone supplies.

Cheap the Smart may be, nasty it’s not. To start with it’s rather well made - albeit entirely of plastic - and rather stylish. The on/off button at the top and the volume rocker on the right are both solid and easy to use and the 3.5mm audio jack is at the top, where it should be. 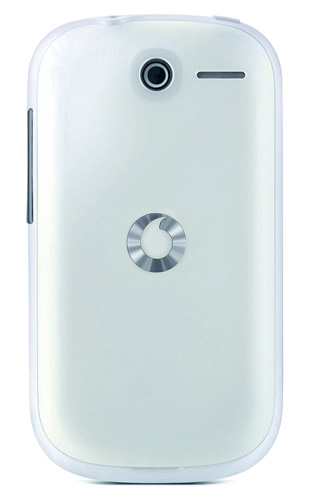 Alas, only a 2Mp camera which needs ideal conditions for decent snaps

The micro SD card lives under the battery but that is something I suspect most people can live with. At 104g it’s one of the lightest smartphones around and only two-thirds the size of the HTC Desire HD I normally carry around with me.