'Hi, it's Microsoft. Say, can we license your OS?'

It's at this point that Microsoft re-enters the picture, acquiring from SCP a licence to market and sell 86-DOS, paying $25,000 for the privilege. Microsoft was now working with IBM in place of DR - the two had been partners since November 1980 - to supply the operating system for the hardware giant's first personal computer, but it kept IBM's identity hidden from SCP and Paterson until it acquired the OS in its entirety the following year.

"We all had our suspicions that it was IBM that Microsoft was dealing with," Paterson would later say, "but we didn't know for sure." 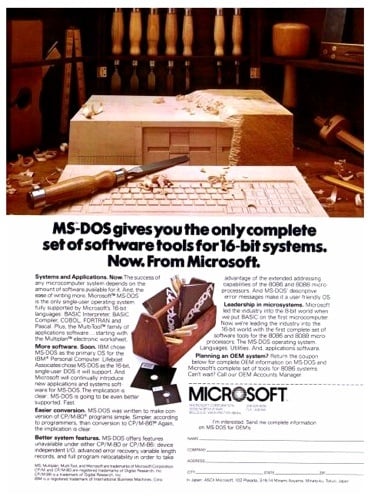 Microsoft had been in contact with SCP ever since the latter asked to use its Basic, so it would have been aware of SCP's work on QDOS, the operating system's design goals and its convenient compatibility with CP/M-86. Microsoft would have seen how closely QDOS matched the product it had been commissioned to supply to IBM, and its ties with SCP would have helped it gain that initial re-distribution licence.

You can read a copy of the 86-DOS Programmer's Manual (PDF) here.

By July 1981, Microsoft had sufficient understanding of IBM's plans - and the vision to conceive of what the personal computer market might become - to consider not merely licensing 86-DOS but buying it outright from SCP, for a further $50,000 - $75,000 in total, $180,000 (£112,000) in today's money. SCP was allowed to continue to offer the OS with its own hardware. Paterson had already quit SCP, in April 1981, to join Microsoft the following month. 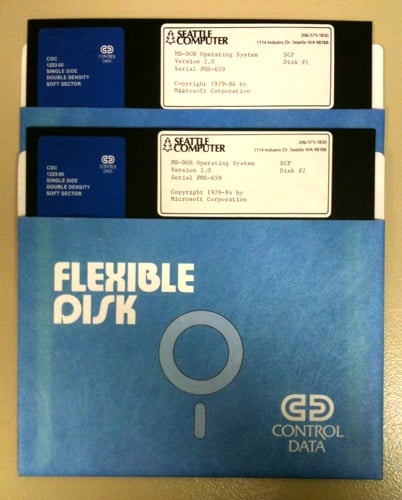 "So on 27 July, 1981, the operating system became Microsoft's property," Paterson said in the 1983 Softtalk interview. "According to the deal, Seattle Computer can still see the source code, but is otherwise just another licensee. I think both companies were real happy. The deal was closed just a few weeks before the PC was announced. Microsoft was quite confident."

Paterson came with his operating system, and stayed with Microsoft for a year while 86-DOS was honed into MS-DOS 1.0, released as a standalone product early in 1982. He left in March 1982, after the completion of MS-DOS 1.25, but would later return (twice) to Microsoft, where he would go on to work on Visual Basic. He eventually formed his own hardware company, Paterson Technology, though his blog now lists his status as retired. 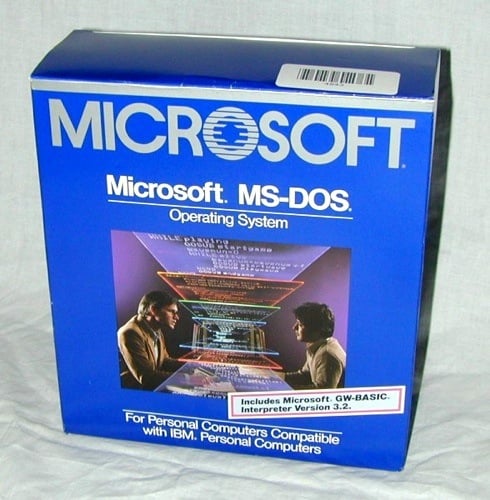 Now 55, Paterson continues to blog about the QDOS' development, emphasising the reasons for its CP/M friendliness yet stressing its under-the-hood differences.