From July 1981, SCP continued to sell the operating system it had created, now calling it Seattle DOS and bundling it with its hardware products. It continued to do so until 1985, by which time its was clear buyers wanted systems, and cheap ones - whether from IBM or the many 'cloners' who'd released products compatible with its technology.

Brock now sought to sell his rights to MS-DOS, a scheme with which Microsoft was not best pleased and said its agreement with SCP did not permit. Brock sued, and the case went to trial in the last few months of 1986. Brock and Microsoft quickly came to an out-of-court arrangement, however: Brock sold his licence to Microsoft for $925,000, leaving the software giant in complete ownership of the OS.

Through this time, Microsoft was releasing version after version of MS-DOS, each mirrored by a release of IBM's IBM-DOS and, later, PC-DOS, as its take on the OS came to be called.

Other versions appeared, tweaked by PC manufacturers using Microsoft's OEM kit to more closely fit the specifics of their hardware. Many would run software developed for the IBM PC, others would not, though they would run generic MS-DOS-compatible applications.

CP/M-86 was eventually released, in 1981, and subsequently offered by DR as a third-party alternative to MS-DOS. As you can see from the ad above, Microsoft saw it as as a threat. DR's OS was bundled with a number of IBM PC rivals, from the likes of Apricot and Siemens.

You can view the source code for CP/M-86 - and other versions of the OS - here.

In May 1988, CP/M-86 was effectively re-released as DR-DOS and pitched more directly as an alternative to MS-DOS itself than to IBM's PC-DOS.

DR-DOS found many supporters but failed to dent Microsoft's market share. Microsoft quickly established the technique of announcing new MS-DOS features well ahead of their appearance, previously seen as an approach that could only kill sales of the current version. Instead, it kept buyers away from rival offerings, and it's now a common tactic employed by highly competitive tech companies. 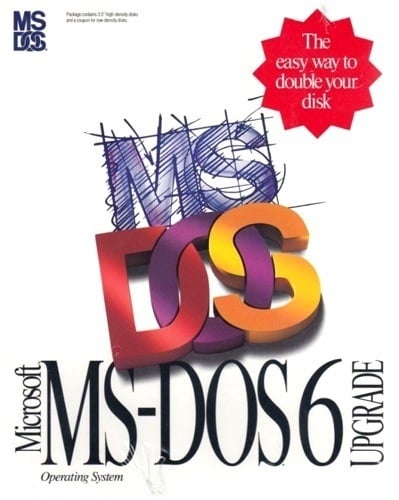 MS-DOS gets upgraded, kind of

Version 4.0 should have been the final release - even Microsoft said so, announcing in 1987 that "DOS is dead" and that we should all be using OS/2, jointly developed by IBM and Microsoft, though the latter stepped away from it when Windows 3.0 became a huge success. That's another story.

Microsoft's work on DOS eventually took the OS to version 8.0, the release used for Windows XP boot discs. With that release, on 14 September 2000, MS-DOS development formally came to an end, though significant work stopped some years earlier with MS-DOS 5.0 when it ceased to be offered as a standalone product. ®