Call of Juarez: The Cartel

Review In theory, The Cartel's contemporary setting is a wise move for the Call of Juarez series. The moderate success of the first two Western-themed games was instantly undone when Red Dead Redemption moseyed into the overlooked genre, rounded up the pretenders and rode them out of town. By relocating to the present day, developer Techland shifts the series away from comparison with Rockstar's inimitable classic. But in doing so, The Cartel strays into the sights of modern Triple-A shooters, and the comparisons are no more favourable. 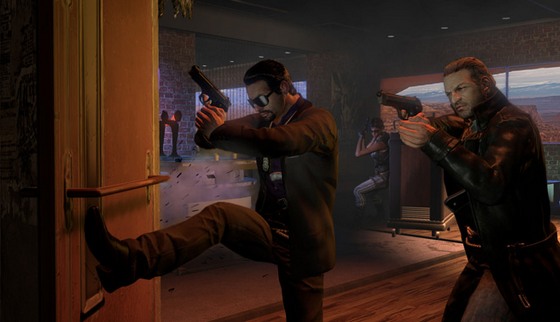 Shoes at the door?

By their standards, The Cartel is flimsy and easily picked apart. The mechanics and narrative are functional, but highly derivative and devoid of innovation. Controls feel floaty and bullets weightless, combat is clunky and enemy AI non-existent. And there's an egregious level of repetition, which means when you've played through its opening hour, you've experienced pretty much everything on offer. Worst of all, there's an abundance of glitches and overall lack of polish, which smack of an unfinished game.

The plot may be finished, but you'll hardly notice. After showing initial promise, the story of an inter-agency task force sent to dismantle a powerful Mexican drugs cartel quickly succumbs to cliché – its hackneyed American crime drama tropes embodied by its three playable characters: the hardboiled, “I'm too old for this shit” LA Homicide Detective, the slick, suspicious DEA Special Agent and the sassy, streetwise FBI Agent. 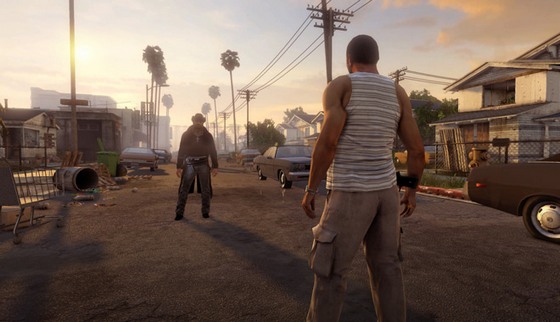 While the narrative influences are painfully obvious: two parts Lethal Weapon and one part The Wire, it's Call of Duty's influence on gameplay that invites the most unflattering comparisons. The previous game, Bound in Blood, was equally indebted to CoD, but the similarities didn't seem so glaring when firing six-shooters from horseback in the Wild West as they do firing Uzi 9mms from Humvees in South Central LA.

Gunfights are as crowded and frenetic as anything CoD throws at you, but they're let down by pitiful enemy AI and shonky level design. Already a simple shooting gallery, with pop-up enemies walking blithely out from cover and into the firing line, gunplay is further reduced by the return of Bound in Blood's depressingly familiar bullet-time Concentration mode and breach-door set-pieces, which feature all too prominently throughout the eight-hour campaign. 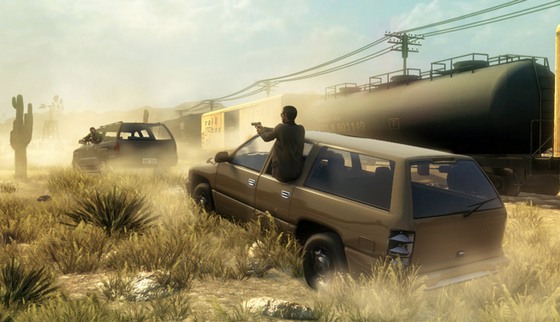 Driving sections offer little respite from the monotony. Most see you behind the wheel, fleeing enemies in pursuit. You can't ram them off the road, though. So gameplay is little more than a cruise towards objective markers, as enemies spray your vehicle with bullets. The few occasions you ride shotgun prove equally vacuous, as you lean out of the car for some basic point-and-shoot vehicular combat.

Next page: Making the connection
Page: