The Talos C Series is OCZ's 3.5-inch enterprise flash drive, in contrast to the Vertex, which is a consumer drive.

The sequential read bandwidth goes up to 540MB/sec, while sequential writes occur at up to 350MB/sec. 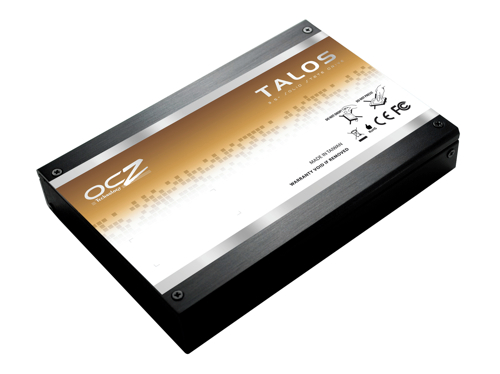 The drive's interface is 6Gbit/s SAS and it uses OCZs Virtual Controller Architecture 2.0 software. OCZ brags: "Traditional SSDs can only perform one read or write at a time; OCZ Talos drives, with VCA 2.0, can read and write simultaneously."

OCZ claims Talos has "best-in-class endurance and reliability". Drive life is more than three times the rated P/E cycles of the flash and its write amplification rating is as low as 0.3.

These are all good figures and OEMs will be particularly interested in the product's endurance, performance once the fresh-out-of-the-box state is passed, and support.

On the face of it, Talos has claws and is another nail in the coffin that seems to be the future of 15,000rpm hard disk drives. It is available now. ®