In what must be the most significant announcement since it unveiled its new corporate font, Nokia has announced an all-new naming strategy. After exhaustive blue-sky brainstorming sessions in the saunas of the frozen North, Nokia has decided that product names are going to be numbers, just as they were for most of the company's successful years.

It wasn't always so.

Three-digit product names were introduced in 1991, but didn't last long; the modern era of success embarked with the Nokia 2011 the following year, marking the start of 15 years in which all Nokia's devices got a four digit number.

And it was all very sensible and coherent. 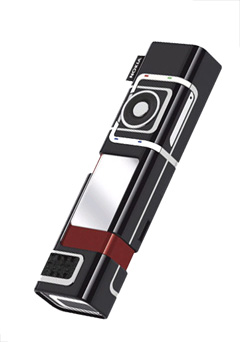 The 3000 range became the mass market consumer range, branded "Expression" because it sounded better. The 6000 "Classic Business" range was for enterprise users, beginning with the 6100 in 1997; the 8000 "Premium" range was expensive fashion gear , kicking off with the 8110, the world's first slider, in 1996. The 5000s were aimed at "Active" users, which under Nokia's strange segmentation masterplan encompassed music lovers and sporting types. The 7000 ("Fashion and Experimental") was for whacky design experiments such as the 7110 "Matrix Phone" and the 7280 "lipstick" phone, which had no keypad. The 9000s were QWERTY-keyboard Communicators. The 4000 range was wisely avoided because of the Asian numerological superstition to do with the number four – a wise move. (Ask Apple.)

Then it started to go wrong.

The N-Gage gaming brand, launched in 2002, turned out to be an expensive train wreck. Nokia created two new brands: E for Enterprise and N for Multimedia, just at the time that phones began to do both quite well, so keeping them separate made no sense. Last year it added another brand, C for consumer.

Nokia had begun run out of numbers, and in 2007 started to reuse old ones. So the number of the very popular 6110 from 1997 was revived for the 6110 Navigator a decade later, the thinking being that nobody would remember the original. Just to confuse things further, the newer model was also called the "Classic", so the er, classic 6220 from 1997 was succeeded by the 6220 Classic 10 years on.

Then space-time became increasingly compressed: the 6260 was used for a flip-up phone in 2005 and a slider just three years later. Alarm bells should have sounded on the bridge.

It was perhaps inevitable Nokia should disappear entirely over the event horizon: last year the company launched completely different models with the same number – the C6 and the C6 for example. The C6-00 was a QWERTY slider, the C6-01 a touchscreen candybar. Or the C3-00 and C3-01. And of the C1-00, C1-01, and C1-02, two were basically the same device, but one wasn't.

Nokia's names were now composed of an impenetrable, super-dense matter, incomprehensible to any outsider. It was only a question of when time would loop back on itself, with Nokia announcing revivals of classic phones that only existed in the future.

Yesterday Nokia said it will go back to just numbers. Huge amounts are now invested in pretentious and totally forgettable brand names for smartphones, perhaps to go with so many generic and forgettable products. But has Nokia not thought it might run out of numbers all over again? Perhaps it is a holding operation. Or perhaps Nokia is hoping that quite soon, it will be somebody else's problem.