Freeview HD telly on the move

Review Ten years ago, investing in a PC TV tuner seemed a neat way of watching while you work – integrating the gogglebox with laptop or desktop duties. Today, the idea is more questionable given access to on-line video streaming and download services from the likes of YouTube and the BBC iPlayer respectively. 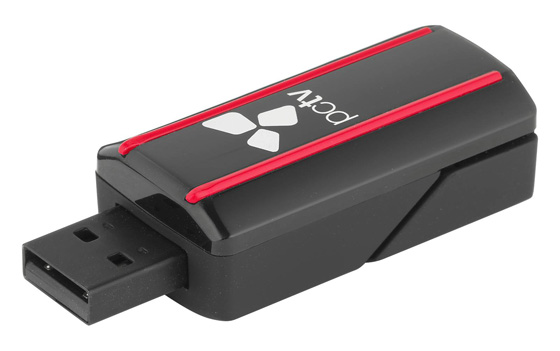 So why should you fork out £80 PCTV Systems' NanoStick T2 USB tuner when your web browser gets more channels? One good reason is that if you're on the move and you miss your telly, then using a dedicated tuner, rather than streaming, isn't going to cost you dearly for mobile data usage. Another plus point is that the Nanostick is a rather rare beast among portable tuners, as it is capabable of receving Freeview HD channels. 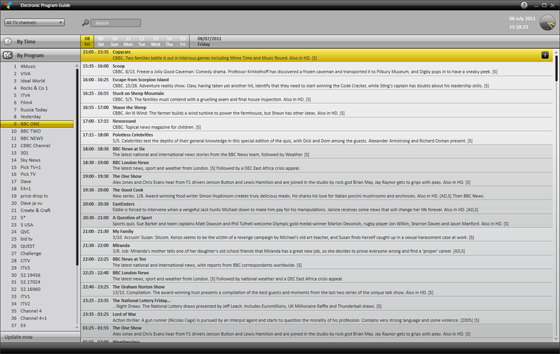 EPG view by channel
Click for a larger image

Hardware setup is easy; just plug the flash drive-style device into a USB 2.0 port and connect it to either the included antenna or your home aerial system. If you’re at home, stick with the manual’s recommendation to avoid using the tiny magnetic antenna. I gave it a shot though and testing in Surrey resulted in the ability to receive Top Gear repeats on Dave and not much else. However, using a proper aerial I was able to receive a full compliment of SD and HD channels. 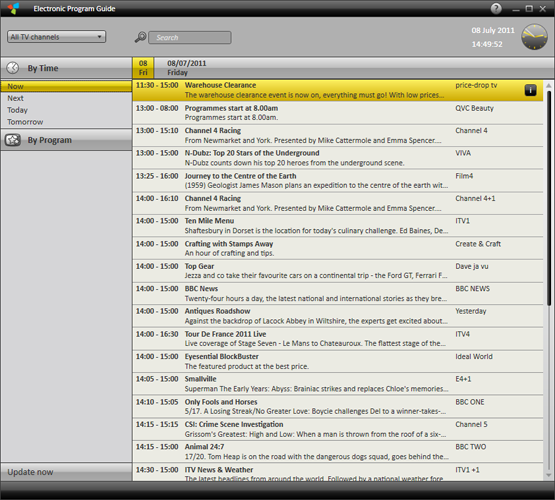 The Now and Next EPG shows other channels, but could be more intuitive

The NanoStick T2 includes a copy of PCTV System’s TVCenter which is does a fine job of receiving, displaying and recording your favourite shows, but I didn’t really like the interface. The whole system feels rather unintuitive and basic functions are not immediately obvious – this is not TV for TV people. 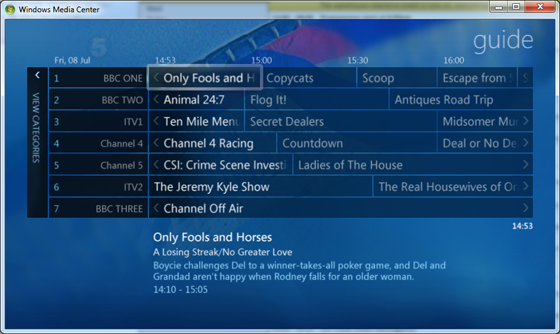 The included IR remote does help ease the system back into the realms of familiarity, but ultimately viewing shows by channel or listing for time period, rather than a segmented EPG timetable of multiple stations, is TVCenter’s undoing. There are workarounds though. For those of you running higher-end versions of Windows 7 or, dare I say it, Vista with Windows Media Center the NanoStick T2 can be used as an integrated tuner.