Steve Scott, the long-time chief technology officer at supercomputer maker Cray, gave his two weeks' notice last week. Actually, it was more like 11 days, which is not exactly a lot of warning for a company like Cray. But it looks like Scott was presented with an offer he just could not pass up, and tongues are wagging about just what that might be.

In an 8-K filing with the Securities and Exchange Commission on August 1, Cray kept it short and sweet, saying that on that day that Scott would be leaving, effective August 12, and would "be taking a senior position at a technology partner of the company". Scott also got the obligatory boilerplate about Cray's appreciation for his service and leadership, which is no doubt genuine.

Cray was not going to spill the beans about what Scott is up to. "We are not identifying which company Steve is going to – we will let Steve's future employer decide whether or not to publicly announce his new role," a Cray spokesman told El Reg by email.

Filling Scott's shoes will be no easy task, of course, since there are very few companies that manufacture the kind of high-end supercomputers that Cray does – and many of them such as Tera Computer, OctigaBay, and Cray Research are already part of the Cray collective. "We are in the process of finding a replacement for his position, and we will take our time to find the right candidate that can successfully lead our long-term technical direction," the Cray spokesperson said when asked about the headhunting process.

Cray did not answer a direct question as to whether or not Margaret Williams, who came to Cray from IBM in May 2005 as senior vice president of engineering, would get the CTO job. Williams used to manage IBM's AIX and parallel computing software development and then was in charge of Big Blue's database software development for a few years in her two decade career at IBM. She also ran IBM's team at the US Air Force's Maui High Performance Computing Center in Hawaii. 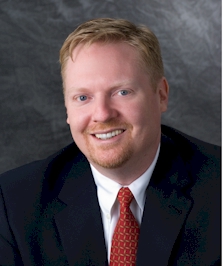 Scott received his PhD in computer architecture from the University of Wisconsin in 1992 and jumped straight to Cray Research, the arm of the original Cray company that the company's founder created to sell computers. (Cray Computer – where Seymour Cray worked until his death in 1996 – did research, while Cray Research built and sold computers. It is great fun to be an eccentric genius.) Cray Research merged with rival Silicon Graphics in February 1996, several months before Seymour Cray died, and sold off the Superserver parallel server business to Sun Microsystems (making Sun the dot in dot.com during the bubble) and focused on the T3D and T3E massively parallel machines. Scott was one of the architects on the T3E processor and invented the GigaRing interconnect that was used in Cray's systems in the late 1990s.

SGI sold Cray Research off to Tera Computer in March 2000, and Scott made the move to Tera and was the chief architect on the Cray X1/X1E vector machines and the "Red Storm" interconnect that is the basis of the last several generations of Cray XE parallel Opteron supers. Scott is the leader of the current "Cascade" project, which is building a next-generation interconnect called "Aries" that will hook the Aries router to CPU processors through PCI-Express links instead of through the HyperTransport ports used on current Opteron-based Cray XE supers.

By going with PCI-Express, Cray can simplify the way CPUs and GPUs hook into the Aries interconnect and also support both Xeon processor from Intel as well as the Opteron processors from Advanced Micro Devices and its own XMT multithreaded chips (which plug into Opteron sockets in the later generations). Opteron was the right choice for the original "Red Storm" teraflops-busting massively parallel super that Cray made for Sandia National Labortatory back in 2003. But being tied so closely to AMD's processor roadmap has been hard on Cray.

Cray's spokesman did not respond to a request for comment about what Scott's departure means for the Aries interconnect or Cascade systems, which are being funded with $190m from the US Defense Advanced Research Projects Agency to deliver machines that scale from 10 to 20 petaflops somewhere in late 2012 or early 2013.

El Reg sent Scott an email to try to tease out what his plans were and suggesting that whatever it was had to be a lot of fun to dislodge him from Cray.

"Yes, I think the new gig will be fun and rewarding," Scott emailed in reply. "Cray has been great, and it is very hard to leave. There will be an announcement from my new employer sometime this month, so I won't be saying anything before then."

Cray's statement said that Scott was going off to one of its technology partners, presumably to allay fears that his departure would be disruptive to Cray's product roadmaps. Cray's biggest partner, of course, is CPU and GPU maker Advanced Micro Devices, which just so happens to be desperately seeking a new chief executive officer. The AMD CEO post been vacant for the past seven months after Dirk Meyer was shown the door, presumably for not seeing the tablet chip opportunity and messing up the server chip business. AMD hired Don Newell from Intel to be its server CTO last August and presumably doesn't need an uber-CTO like Scott.

Nvidia and Intel are both relatively new partners of Cray's, and both companies could make use of a guy with Scott's knowledge, talents, and contacts. Nvidia already has Bill Dally, a parallel computing expert from Stanford University, as its chief scientist, so presumably the graphics chip maker doesn't need another top techie unless Dally is leaving. Intel would seem to have the least use for Scott, unless it plans to do more experimental supercomputing work, as it did to break the teraflops barrier with the ASCI Red supercomputer at Sandia back in the late 1990s.

The other big Cray partner, of course, is DARPA. Scott could end up working for Uncle Sam in some fashion, too. ®