Review I’ve actually written several introductions to this review. One opened extolling the benefits of 3D projection over 3D TVs. I thoughtfully proposed that the key problem with 3D flatscreens is that they’re just too small - rather than confound and entrance you with 3D, they merely present you with a window and invite you to peer through. 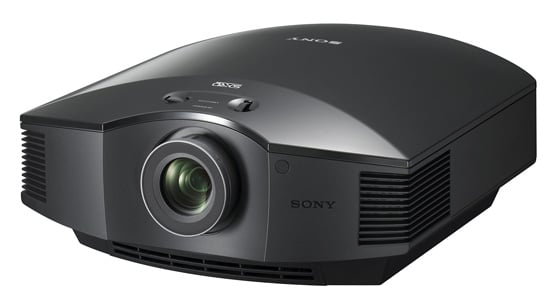 My second intro casually dismissed the 3D angle altogether, concentrating on the fact that this is Sony’s best ‘affordable’ 2D projector to date: a cut-price descendant of the high-end VPL-VW90ES, which treats 3D as an optional extra.

But I couldn’t decide which worked best. So I decided to use neither. Let’s just crack on...

One key difference between this model and last year’s £6K VPL-VW90ES (apart from the far more acceptable price) is its new Dynamic Lamp Control. A universal criticism of 3D is the general lack of brightness, but this delivers three times the illumination seen on the first gen VW90ES. It also helps with regular viewing too. As a result, images have real Vimto pop.

The HW30ES uses the same 240Hz SXRD (Silicon X-tal Reflective Display) panel found in the upscale VW90ES. A derivation of LCOS offering vibrant hues and excellent shadow detail, SXRD has always seemed one step ahead of the general LCD competition (although Epson has been threatening to catch-up with its long-delayed Reflective LCD technology). There’s richness to its colour palette that screams Studio Ghibli.

Interfacing to suit most requirements

Of course, there are cost cutting measures that separate the HW30ES from its bigger brother. Out goes the motorised lens protector and motorised zoom, as well as the 12v trigger, and in comes a standalone sync transmitter for the 3D glasses. On the earlier model, this was cleverly incorporated into the lens assembly itself.