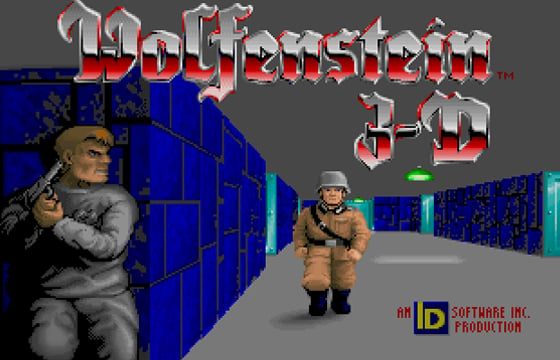 In Wolfenstein 3D, I play Blastowicz, a hard-boiled U.S. soldier captured by Hitler’s bully boys. It’s not long till I take the upper hand overpowering my guard and using his gun for some Yankee Doodle Dandy-style payback. Time to find my way out of this damn castle! 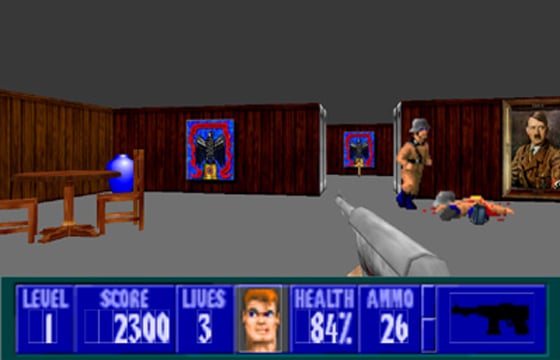 Wolfenstein 3D is just a killing spree through level after level of Nazi prisons and bunkers. There isn’t much in the way of inspired level design due to the basic engine but Wolfenstein 3D has it’s own brand of eerie ambiance – you can almost see the inspiration for Doom, also the mutant spawn of id software.

There are plenty of swastikas, portraits of Hitler and guttural Germanic shouting to build the tension as you sweep through level after level. Glad there's a nod to Grand Designs with all those potted plants. 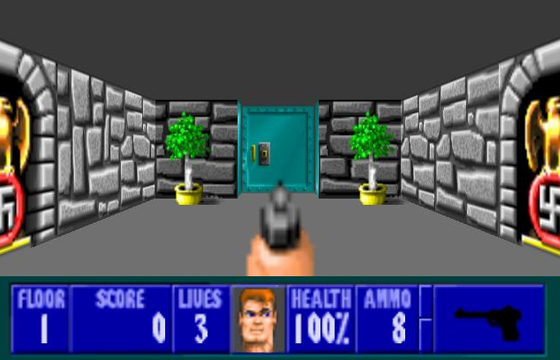 To improve the ambiance of your castle prison, try a few potted plants

Wolfenstein 3D proved PC's were able to handle speedy 3D gameplay and my first-person view was brand new and surprisingly fast. But playing now, the controls are impossibly basic and it’s overwhelmingly frustrating that I can't aim vertically, jump, or turn with any decent speed. I seem to remember the news being all "STOP PRESS: video game induces motion sickness!" at the time.

There isn't much in the way of complex missions in Wolfenstein 3D it was all about the new immersive point of view – suddenly, it actually felt like I was there in the screen shooting Nazis. One of my most frustrating memories is of dual chain gun-wielding Hans Grosse and getting relentlessly mown down by an Aryan in body armour all in the name of fun. To finish the game you have to battle Hitler in his bunker, not so easy when he's wearing a mech suit and wielding quad guns. 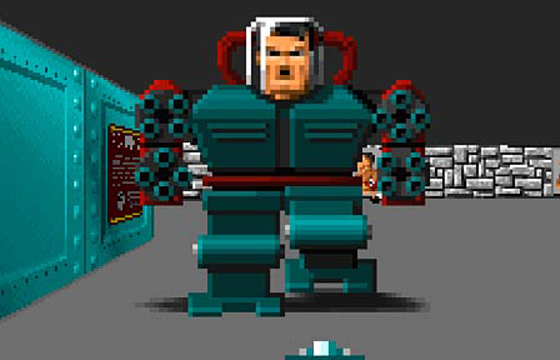 Wolfenstein 3D was a pioneering game and revolutionary upon its initial release, but there has been such progress in the FPS genre it now feels completely dated.  I had enough of the game after just the first couple of levels, finding them too long without enough big guns or treats to keep me playing.  But hang on that's about how long I just played the new Duke Nukem.

Wolfenstein 3D hasn't aged as gracefully as some of the other retro games I have looked at. Other gaming genres that don't rely on graphics but force you to think, will always mature well. If you're feeling wistful you might want to have a laugh at its expense but otherwise don’t bother as you're losing ranking time in CoD. 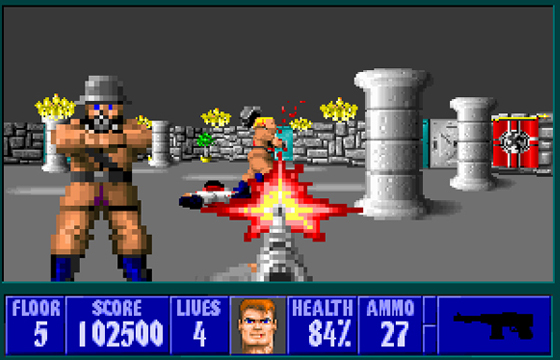 Moving ahead in time, the latest instalment of Wolfenstein (2009) has strong core gameplay and a super scary paranormal quotient with Nazi Ninjas and supernatural powers. If you're going for a trip down memory lane, at eight quid this is cheaper than the latest Call of Duty downloadable content. ®

Every month, Reg Hardware will be revisiting memorable titles from gaming's illustrious past.